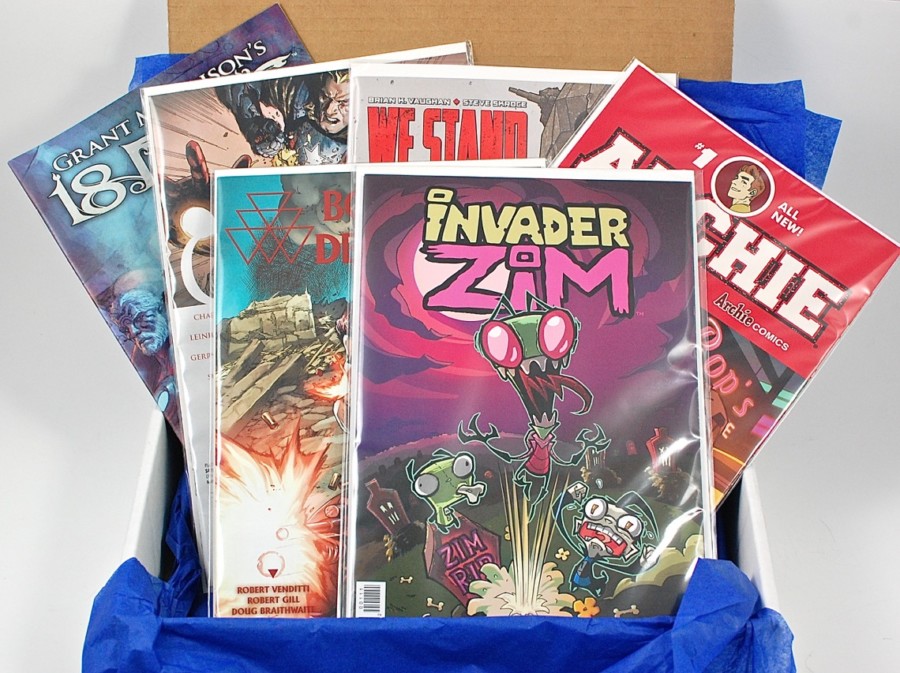 ComicBoxer is a subscription box that brings you a new selection of hot comic books every month.

Subscribers will receive 5 to 7 different comic books from publishers including Marvel Comics, Dark Horse, Boom Studios, DC Comics, Dynamite, and more. Their comic book experts handpick the hottest number one issues, variant covers, exclusives, and first appearances to ensure that you’ll get great additions to add to your collection.

Subscriptions are $19.99/month (plus shipping) or less with multi-month commitments. Shipping is available worldwide. 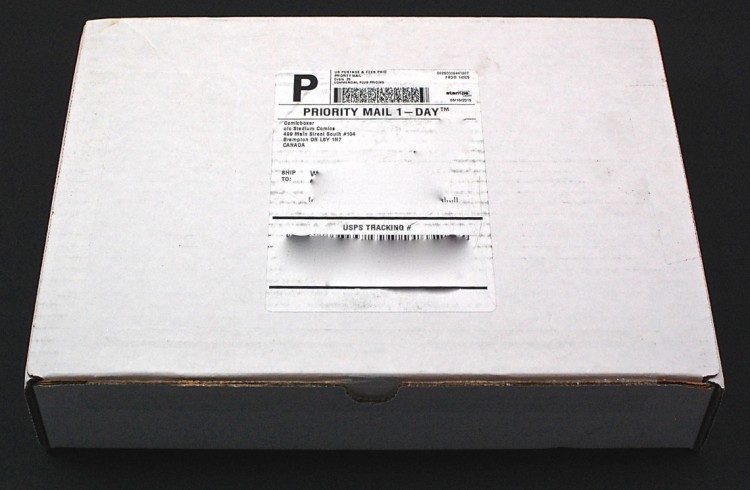 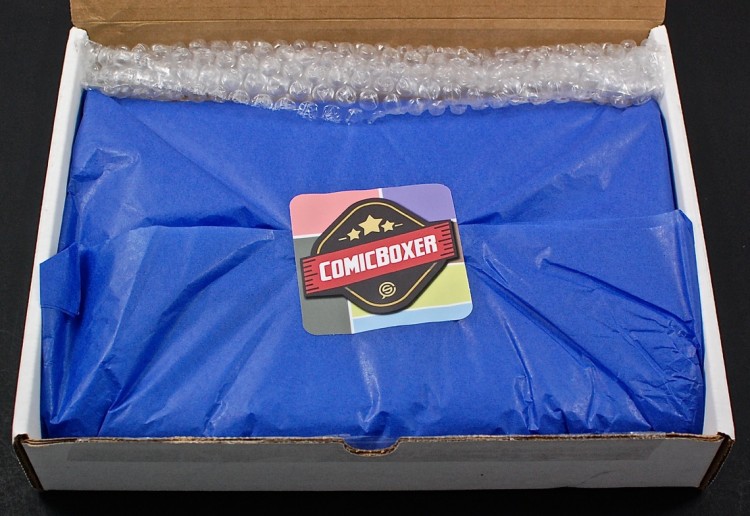 The box was shipped via 1-day priority mail from Ontario, Canada. 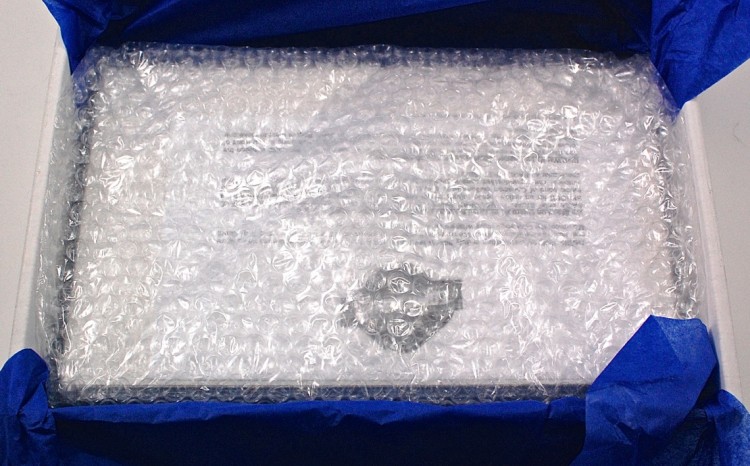 The box was VERY well packed with plenty of bubble wrap to keep the comics in mint condition. 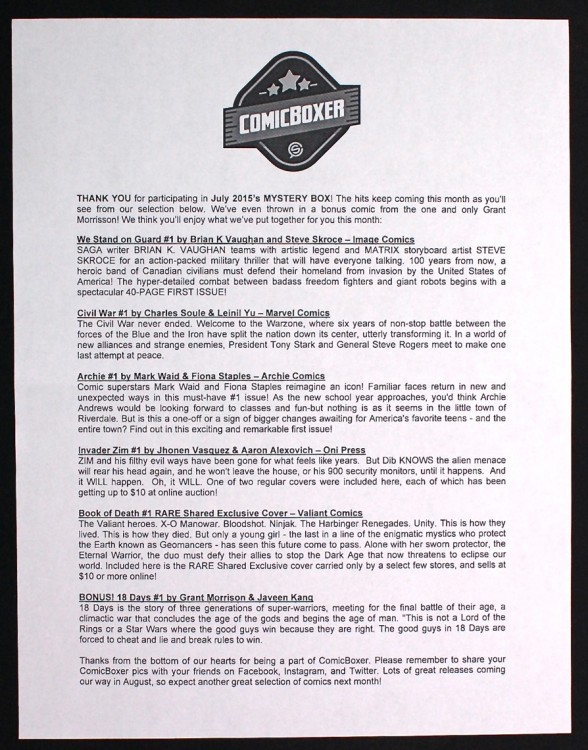 A welcome letter detailed each comic that was included in July’s box. Since I know nothing about comics, I’m going to rely heavily on this info for my review. 😉 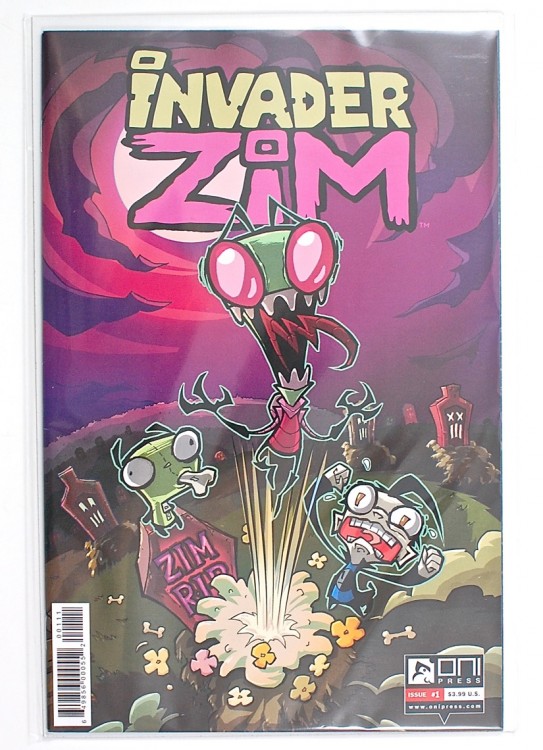 Invader Zim #1 by Jhonen Vasquez & Aaron Alexovich (Oni Press) – According to the info sheet, this comic features one of two regular covers, which have both been selling for up to $10 at online auction (I’m guessing eBay?). I should note that all of the comics are sealed and have a cardboard… um… insert(?) to keep them from bending. See — told you I know nothing about comics! 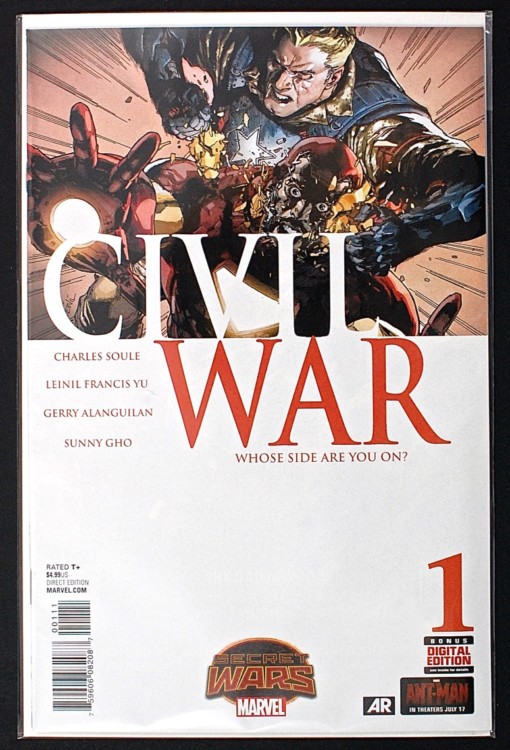 Civil War #1 by Charles Soule & Leinil Yu (Marvel Comics) – What can I say about this one? I’ll just let the info sheet do the talking… “Welcome to the Warzone, where six years of non-stop battle between the forces of the Blue and the Iron have split the nation down the center… President Tony Stark and General Steve Rogers meet to make one last attempt at peace.” 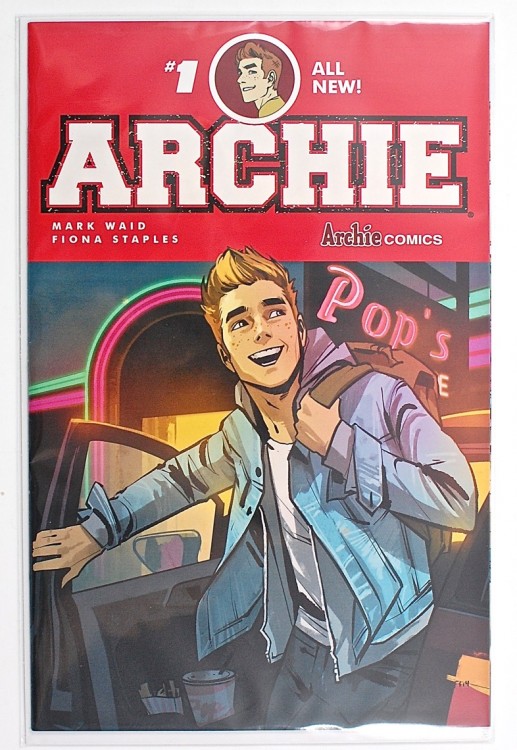 Archie #1 by Mark Waid & Fiona Staples (Archie Comics) – Well this is cool. A reimagined Archie series featuring all the familiar faces from the original comics, but with a modern spin. Very cool that they included the first issue. 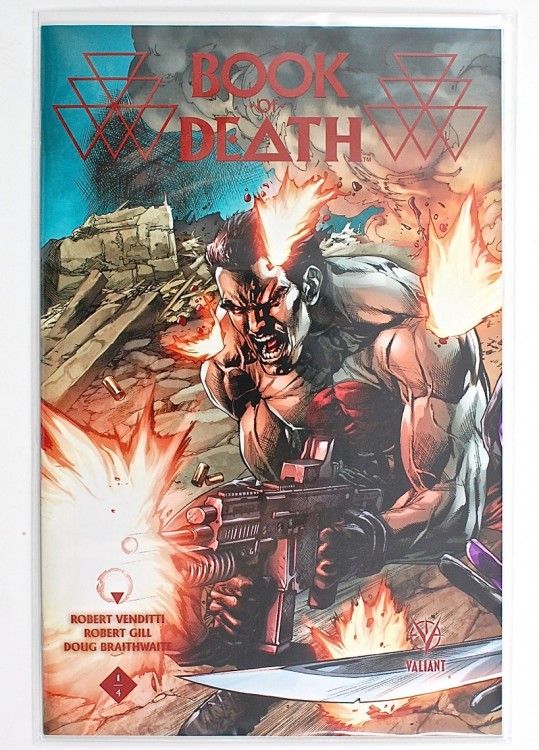 Book of Death #1 RARE Shared Exclusive Cover (Valiant Comics) – Okay, this is the type of comic that totally doesn’t make me wanna read comics. haha That said, it does feature a rare shared exclusive cover only sold by a limited amount of stores, so that’s cool. 😉 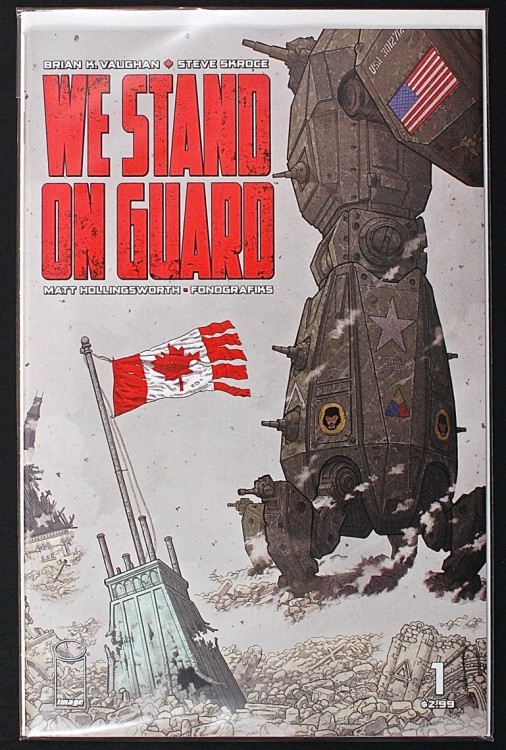 We Stand on Guard #1 by Brian K Vaughan and Steve Skroce (Image Comics) – A 40-page first issue “action-packed military thriller” that involves an invasion of Canada by the United States, complete with freedom fighters and giant robots. 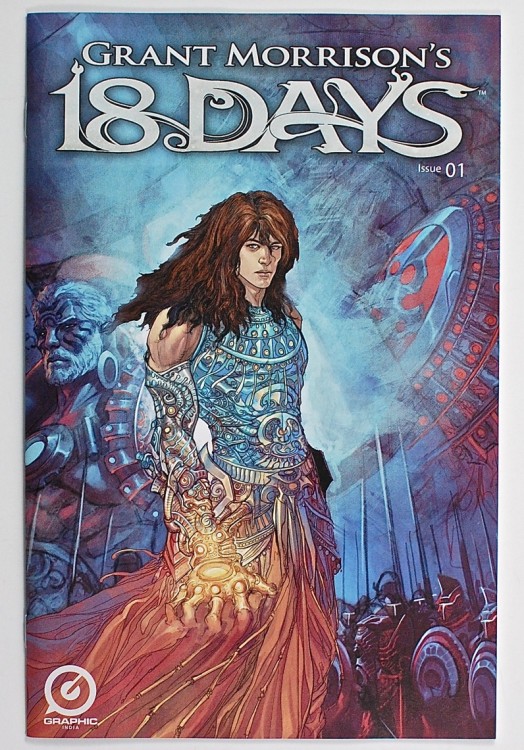 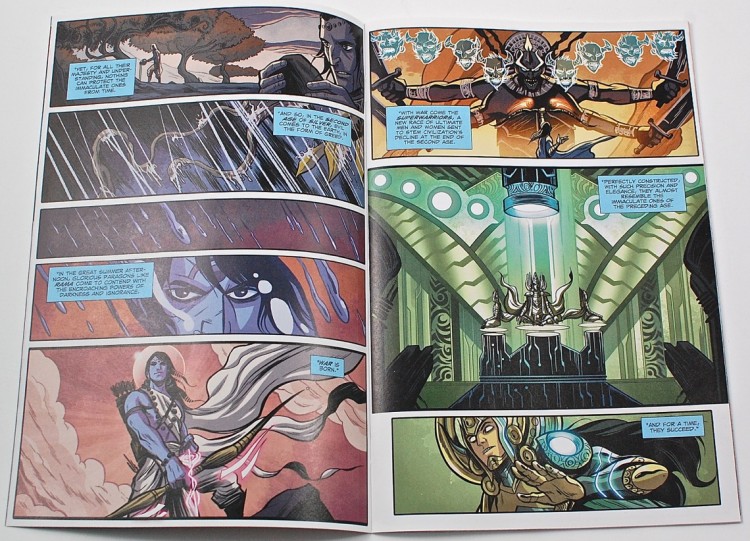 18 Days #1 by Grant Morrison & Javeen Kang – This was listed as a bonus comic and came sans protection (which is why I was able to share a photo of the inside). It’s involves three generations of super warriors meeting for a final battle of their age.

While I’m clearly not the targeted audience for ComicBoxer, I do think it was a great box for comic collectors or those looking to start getting into them. It’s cool that they include so many first issues and variant covers. I’d say that alone makes the subscription well worth the monthly cost.

An awesome subscription for comic book collectors, or even the occasional reader. They seem to include a nice variety of genres and the exclusive covers/first issues definitely make it worthwhile.