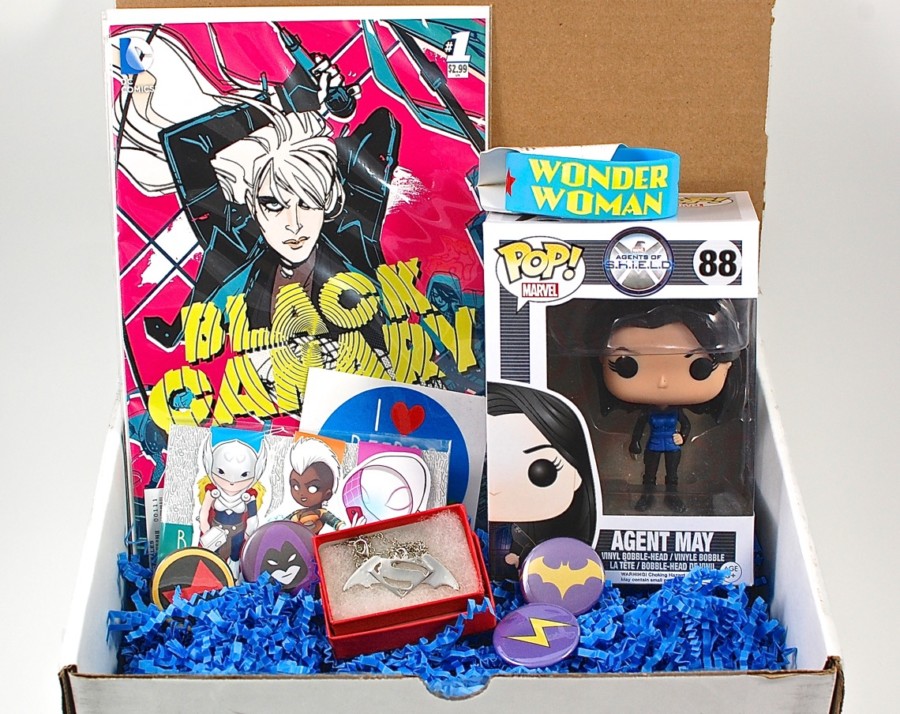 FanMail is a subscription box that caters especially to female fans of geek memorabilia.

Each box will feature a different theme with a variety of collectibles and other geeky goodies that can include exclusive comics, t-shirts, jewelry, stationery, books, autographs, photos, and more. Boxes can feature products from Game of Thrones, Harry Potter, Lord of the Rings, Buffy, The Avengers, Spider-Gwen, Star Trek, Star Wars, Legend of Zelda, The Hunger Games, Teen Wolf, Supernatural, etc… If it’s geeky, it’s fair game.

Subscriptions are $21.99/month (plus shipping), or less with multi-month commitments. 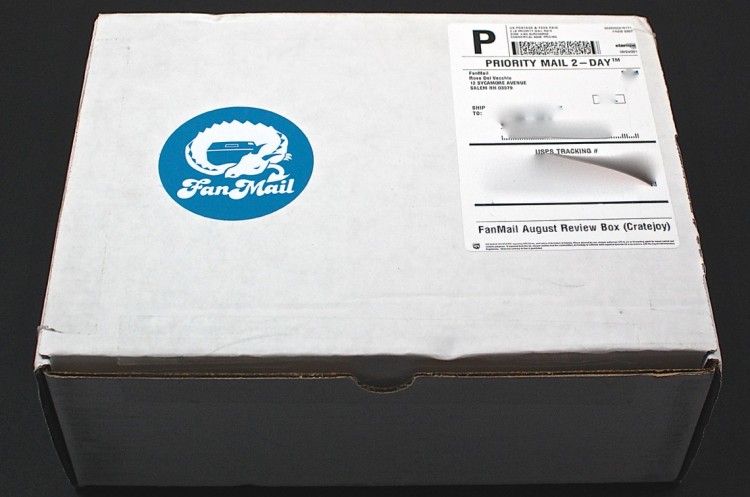 Everything was shipped in a big white box with the FanMail logo in blue. 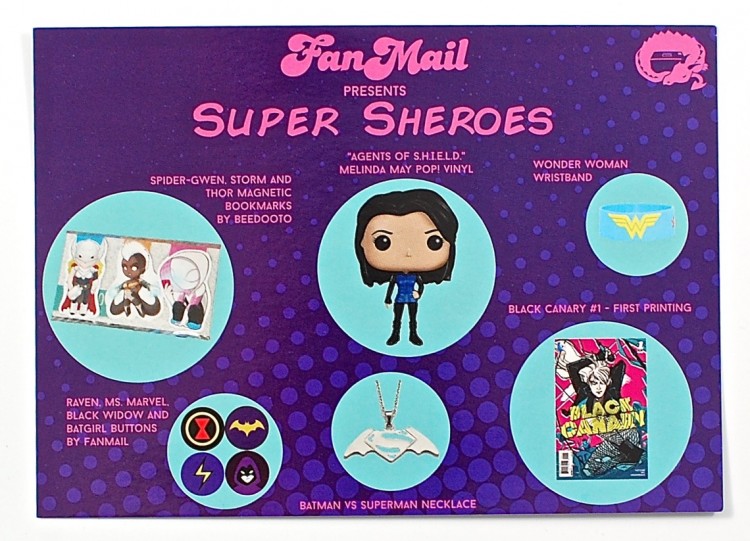 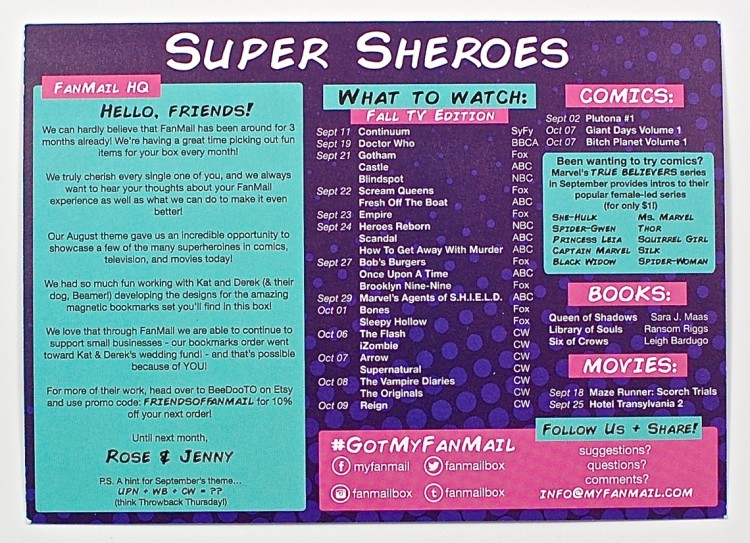 The front of the info card featured photos of all the items in the box, while the back included an intro to the theme — “Super Sheroes” — and some recommended tv shows, comics, books, and movies to look out for. 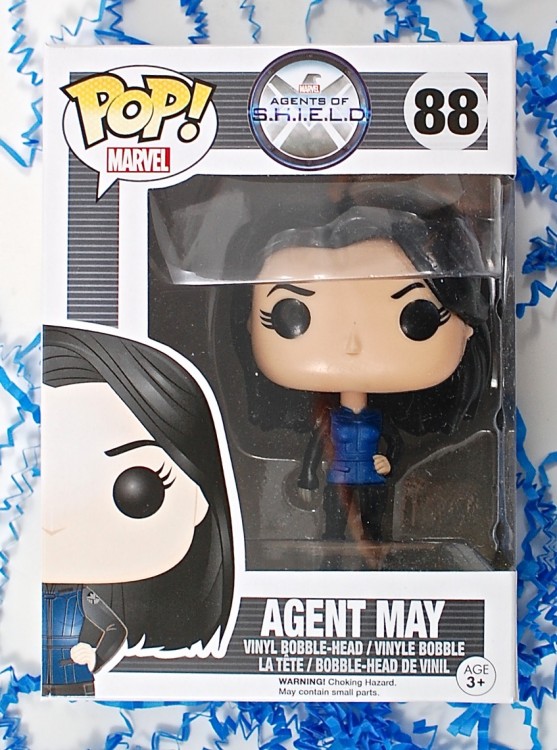 “Agents of S.H.I.E.L.D.” Melinda May POP Vinyl – I don’t know a thing about Agents of SHIELD, but I do think these Funko POP Vinyl figures are cool and have saved every one I’ve gotten from geek boxes. I do keep them in their boxes though, so maybe I score geek points for that? 😉 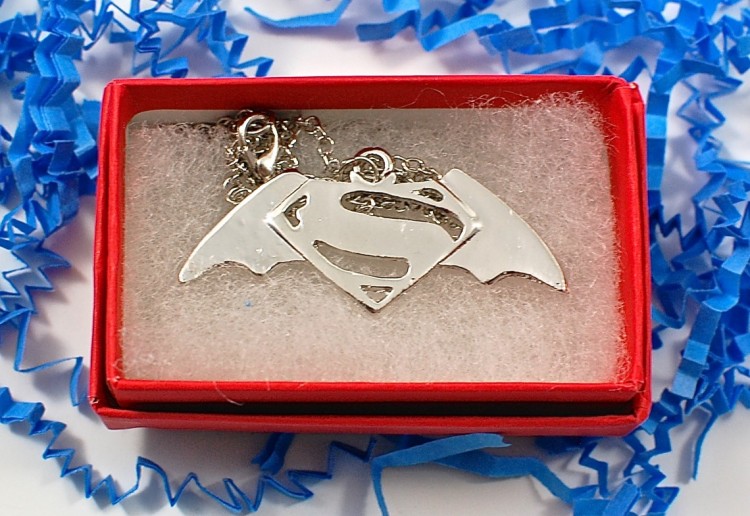 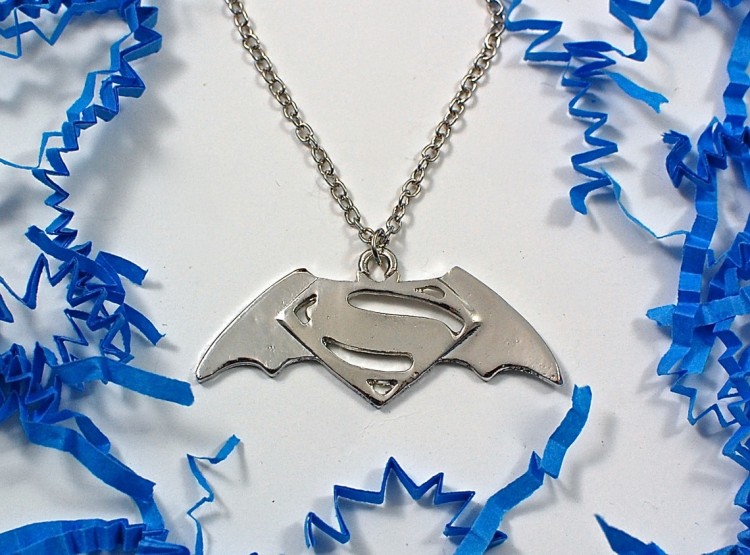 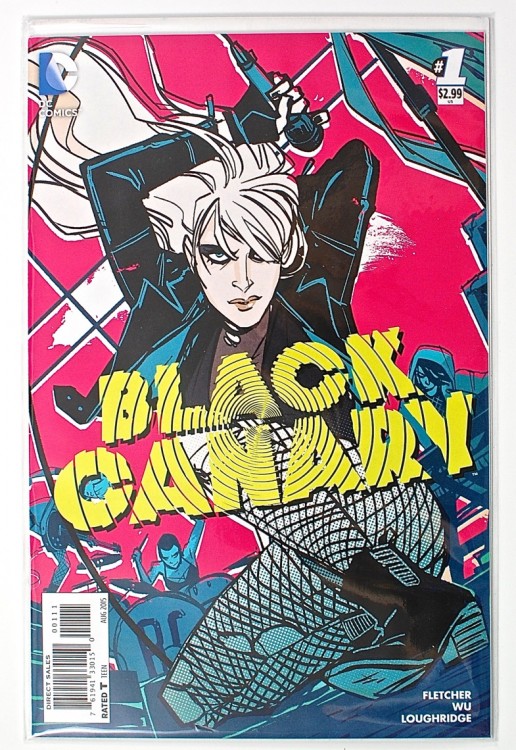 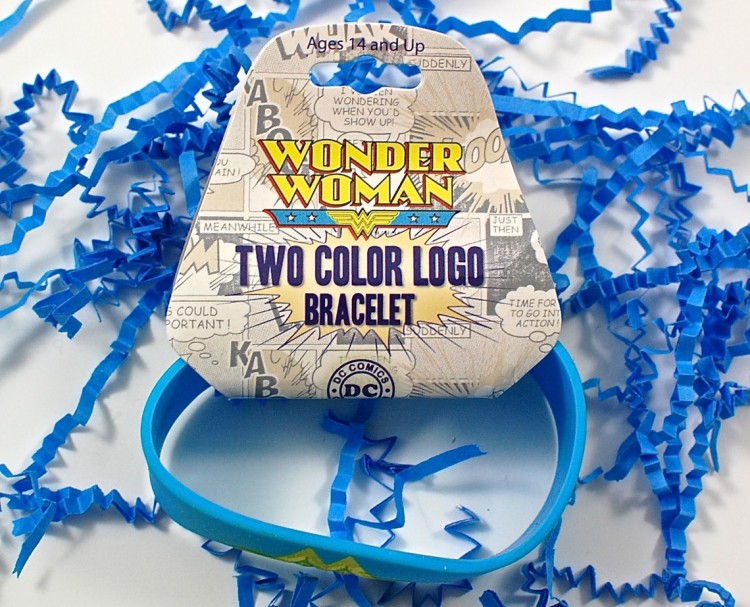 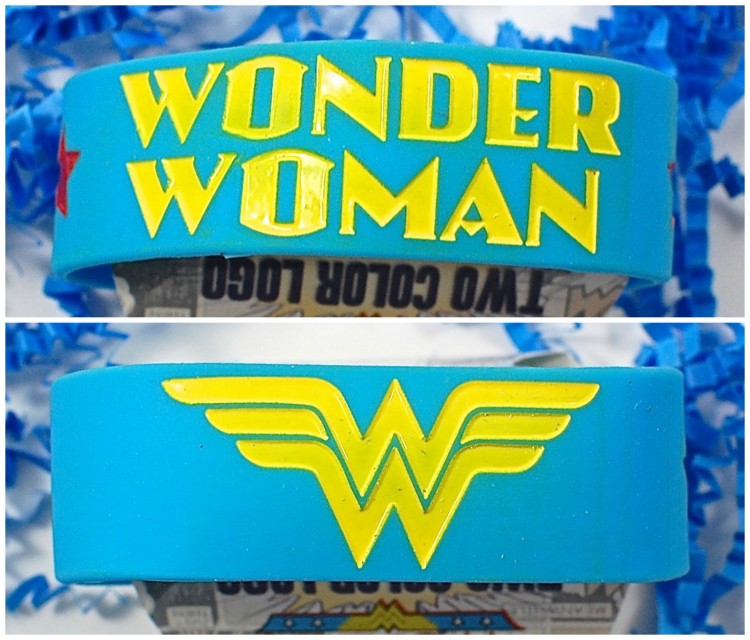 Wonder Woman Bracelet – This 2-color wristband/bracelet features “Wonder Woman” on one side and her symbol (logo?) on the other. It also has two red stars which you can sort of see in the second photo. 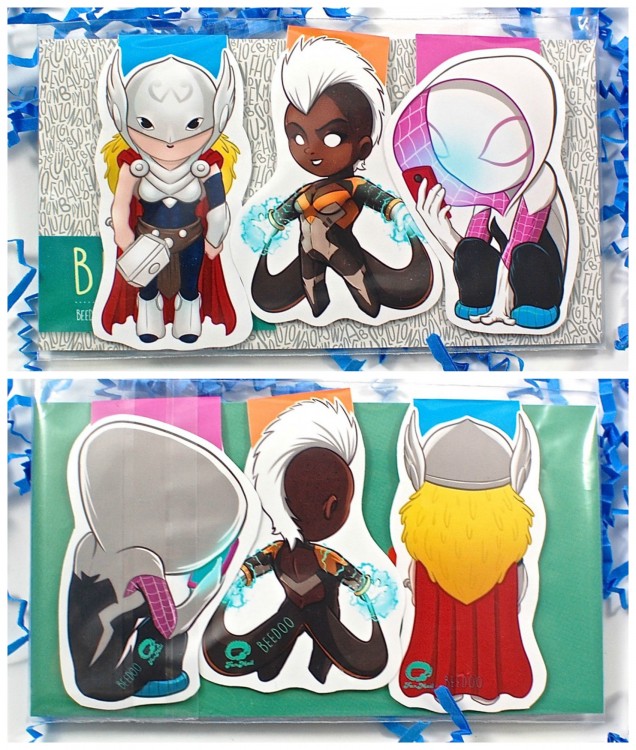 Magnetic Bookmarks by BeeDooTO – These cute magnetic bookmarks depict Marvel girls Spider-Gwen, Storm, and Thor. According to their Etsy shop, each bookmark is printed on matte photo paper and cut & assembled by hand. 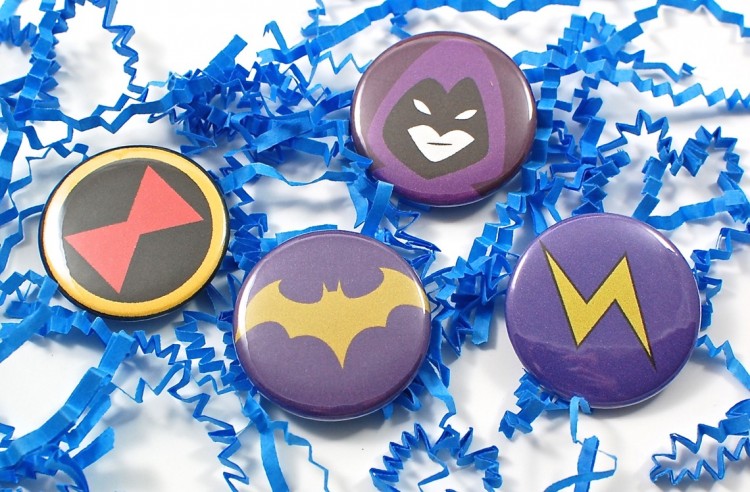 Button Set by FanMail – A set of four exclusive buttons were included that featured Raven, Ms. Marvel, Black Widow, and Batgirl. (No, I don’t know which is which… Okay Black Widow and Batgirl are kinda obvious. 😉 )

FanMail is definitely an awesome box for all the geeky ladies out there. There was a nice variety of items included and while I didn’t do a cost breakdown, I’d say it’s well worth the cost of a monthly subscription!

Geek girls unite! I love that a box exists that specifically embraces the female fans of this genre. Yeah, I know, everything’s supposed to be gender-neutral now… but whatever! This is a cool box dammit!