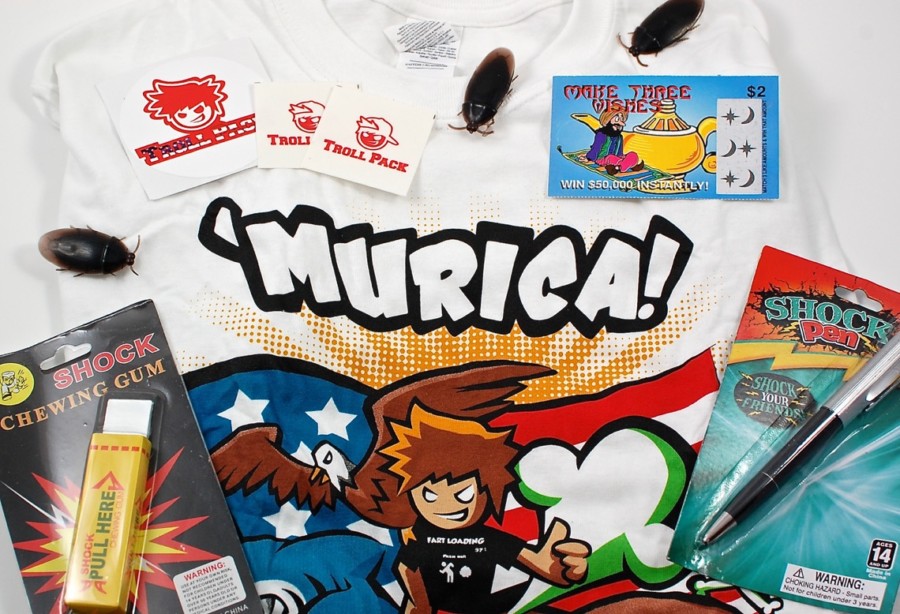 Troll Pack is a subscription box that sends you a collection of “epic pranks” every month.

Each box will feature items like prank gadgets (think whoopie cushions, fake poop, etc.) and humorous t-shirts (can also be poop/fart related). This is clearly NOT a box for those who may be easily offended and/or can’t appreciate a little potty humor. However, if you find yourself laughing out loud at Blake inconspicuously farting on a coworker on an episode of Workaholics, as I just MAY have done the other night… Then this box might be for you.

Subscriptions are $12.99/month plus shipping, or less with multi-month commitments. 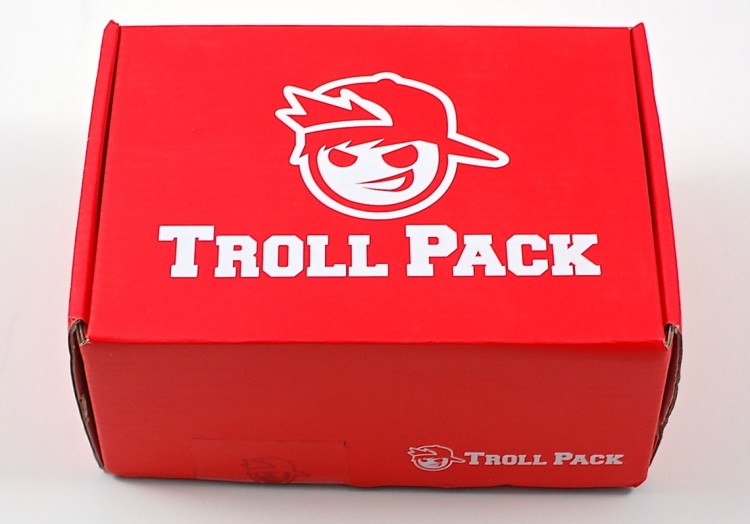 Everything was packed inside of a small red box adorned with the Troll Pack logo. 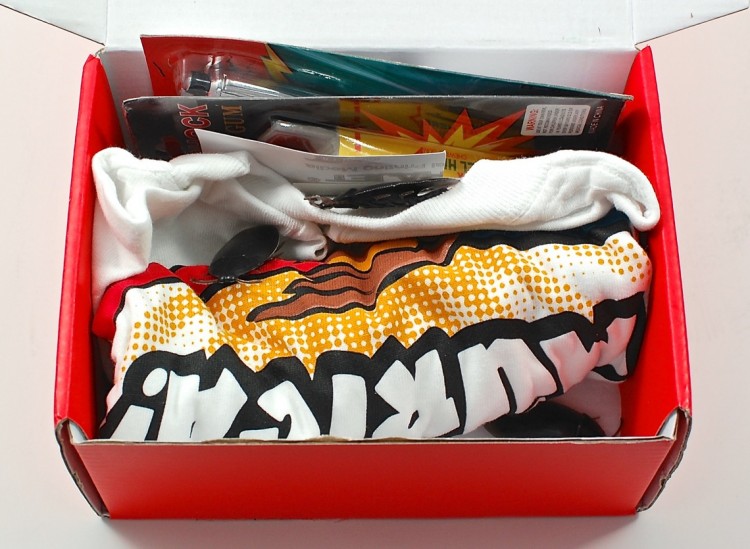 A peek inside! — Do you see the plastic roaches? They scared the crap out of me when I opened the box… Mission accomplished, Troll Pack. 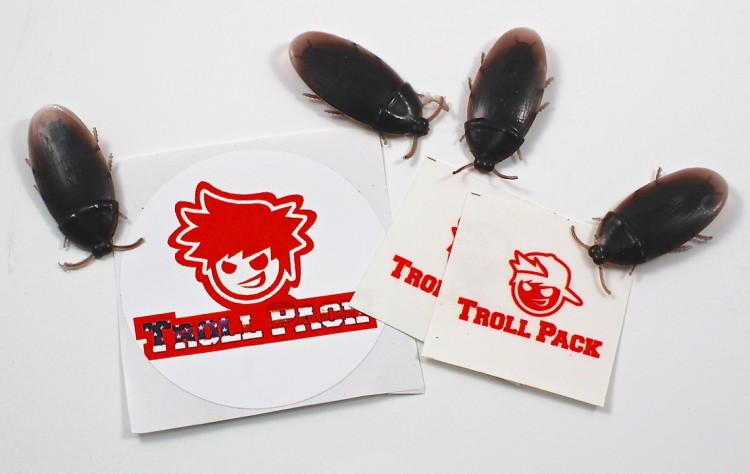 Here’s a better look at my new roach friends, along with a Troll Pack sticker and 2 temporary tattoos. 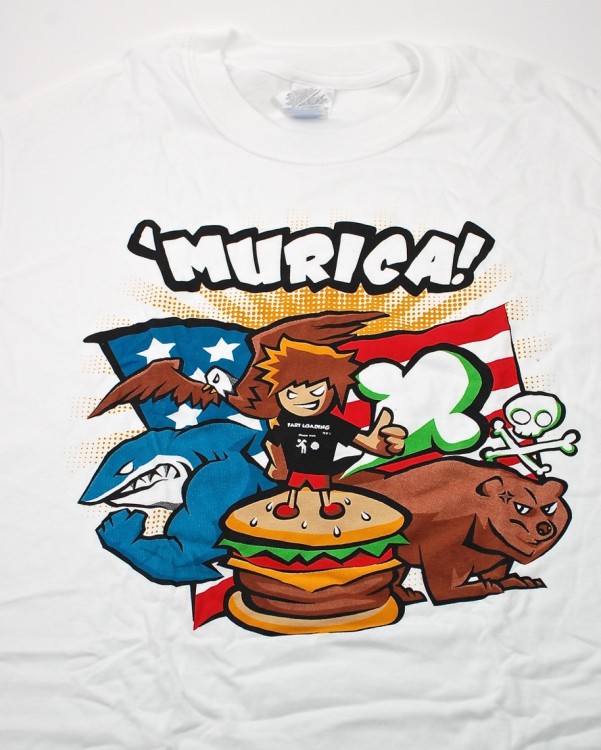 Troll Pack T-Shirt – I’m not entirely sure what this shirt is supposed to depict, but… yeah. Hamburgers, farts, sharks, bears, and crossbones. ‘Murica! 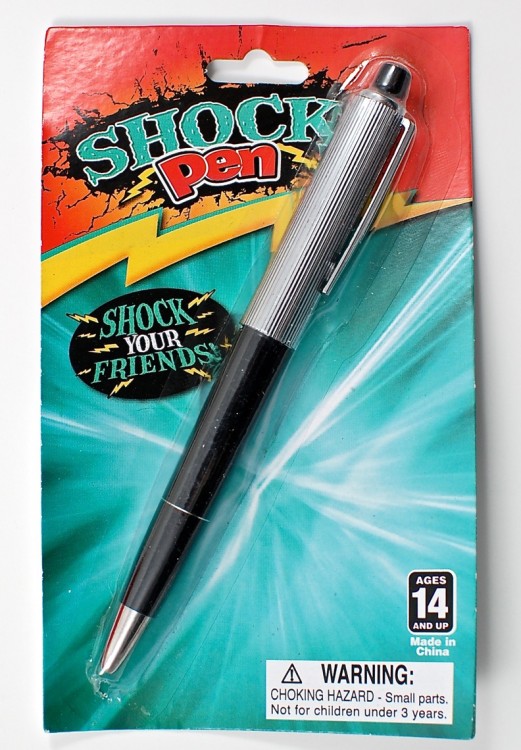 Shock Pen – “Shock your friends” with this classic gag pen. When the button is pressed to expose the tip, an electronic charge is released. Perfect for leaving in your cubical for those unsuspecting pen thieves. That’ll teach ’em. 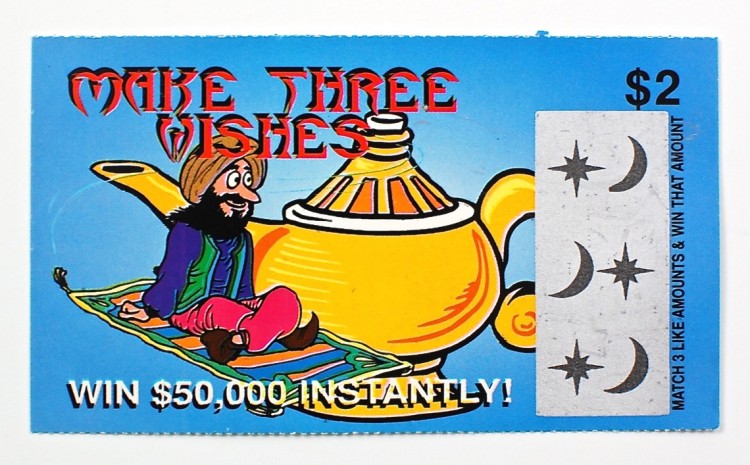 Fake Lotto Ticket – It’s a $50,000 winner! — I’m not sure who will really be fooled by this, considering it looks nothing like a legit scratch-off, but there’s probably some suckers out there who’ll believe it. Or you can be really mean and give it to a little kid who doesn’t know any better. 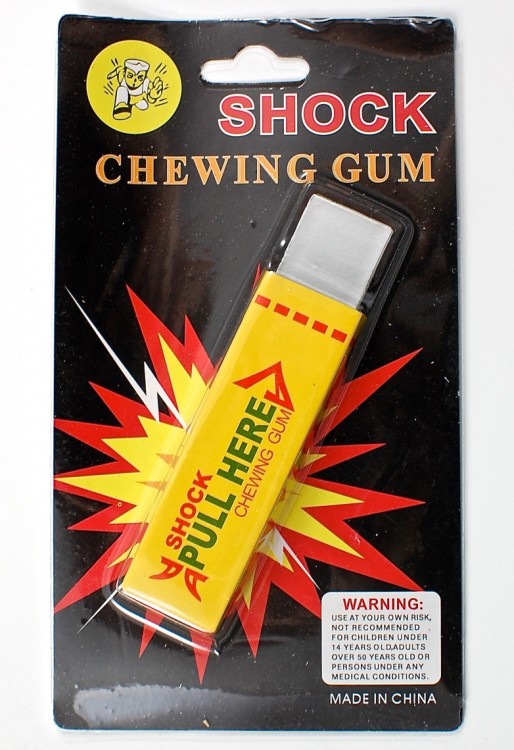 Shock Chewing Gum – Like the pen, this gum gives you a mild shock when you try to pull the stick out of the package. It might be a little more convincing if it didn’t say “shock” on the package, but whatevs.

Troll Pack is obviously a great box for anyone who appreciates potty humor and practical jokes. I didn’t do a cost breakdown, but the price seems about in line with the products sent (with most of the value being in the t-shirt).

I’m thinking this would be an awesome box for a teenage (tweenage?) boy/girl. What kid doesn’t like pranks and fart jokes?