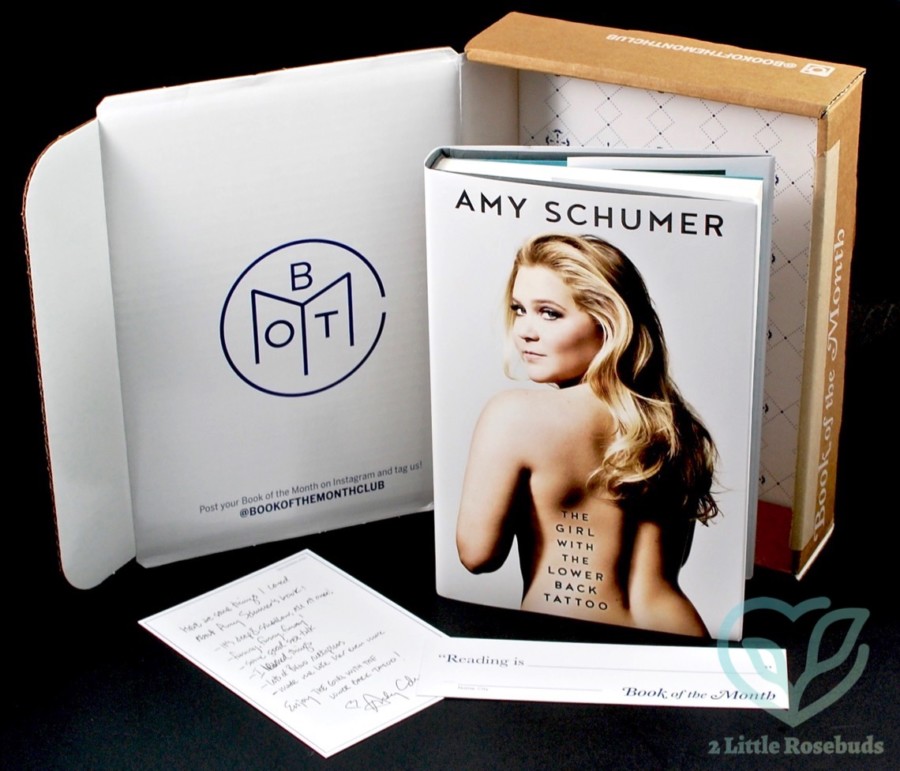 My September 2016 Book of the Month Club selection is here!

If you haven’t heard, Book of the Month (BOTM) is a subscription that sends you a new hardcover book as chosen by a panel of judges every month. You’ll be given a choice between five different book selections which will be revealed on their site on the first of the month.

The books will include a broad range of genres and offer a mix of both fiction and nonfiction titles. The Book of the Month team reviews thousands of submissions from dozens of publishers, and works closely with the BOTM judges to select exceptional books that they think members will enjoy.

Subscriptions are $16.99/month or less with multi-month commitments (as low as $8.99/month for the annual plan). — Through September 30th, you can can get your first month for only $5! — Just use coupon code “READ5“.

Okay, let’s check out my September 2016 Book of the Month box! 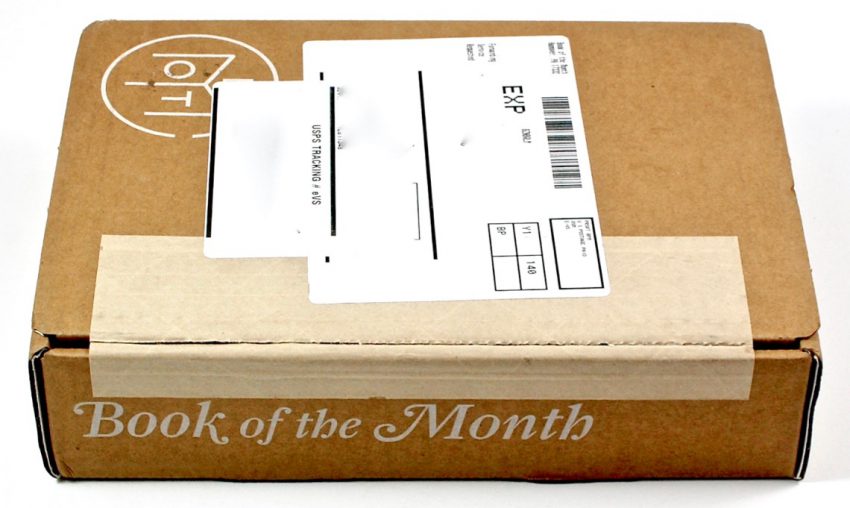 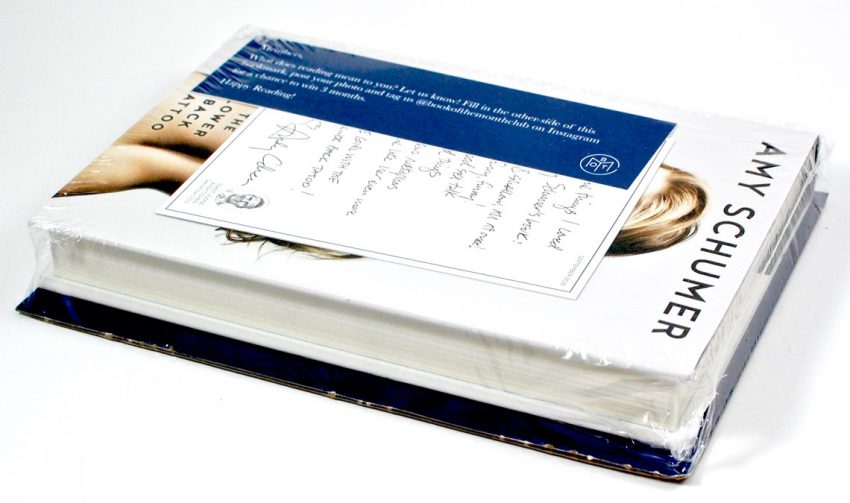 As always, the book itself was shrink-wrapped to a sturdy piece of cardboard to keep it from getting damaged in transit.

Book of the Month always includes a paper bookmark featuring a famous literary quote. This month it was up to YOU to provide your own quote about what reading means to you. Fill in the card and share it on Instagram for a chance to win 3 free months. 🙂 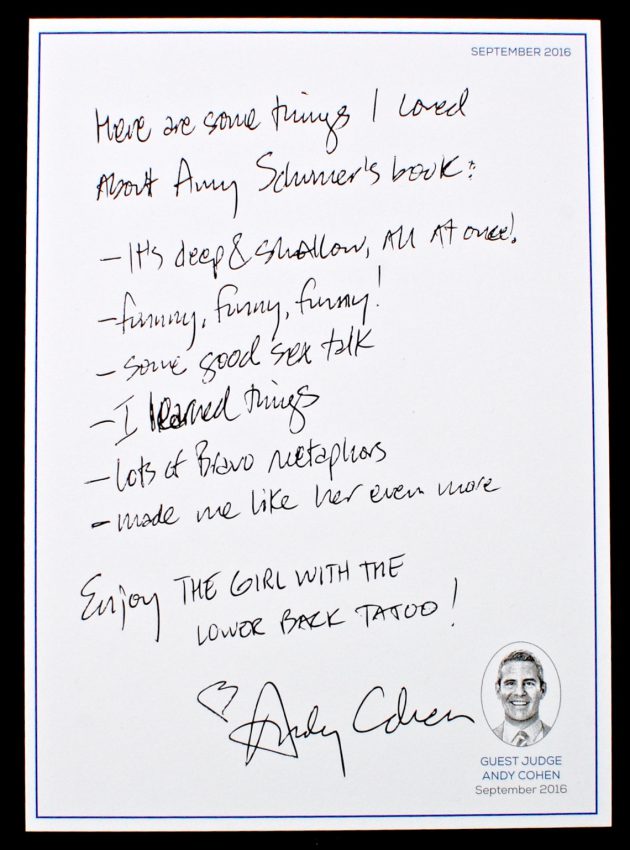 Also included was a note from Andy Cohen, one of the guest judges for September, who chose the book I received — “The Girl with the Lower Back Tattoo” by Amy Schumer. (I’m still trying to get over the fact that he spelled “tattoo” wrong… Nooo!) 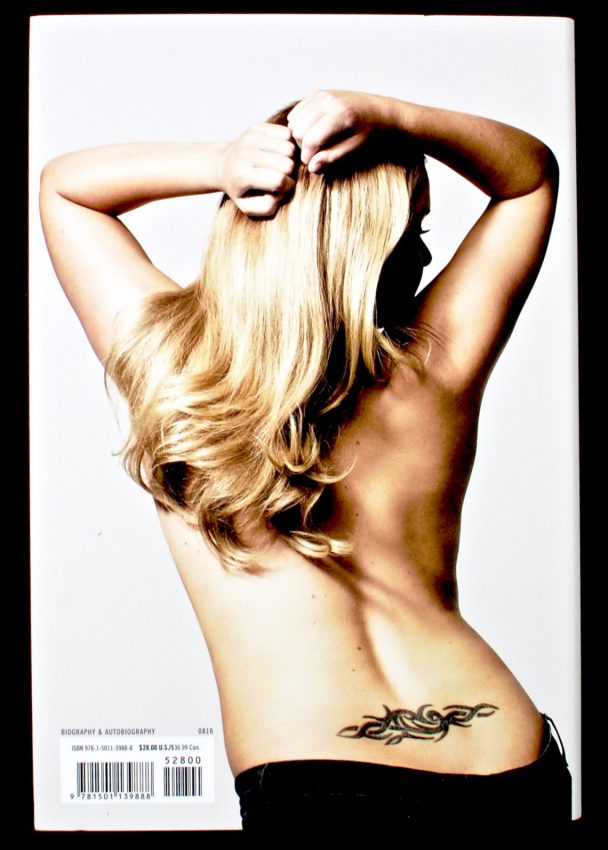 The Girl with the Lower Back Tattoo by Amy Schumer – Okay, full disclosure: I’m not an Amy Schumer fan. That said, I’ve only seen her perform once when she hosted for SNL… (Okay, three times since they re-aired it that many times in like 6 weeks.) Frankly, I was a bit skeeved out at her constant use of the word “butthole” and just found her to be crude for the sake of being crude. However, I was still open to see what she was all about and that’s why I selected this as my Book of the Month title.

In The Girl with the Lower Back Tattoo, Amy mines her past for stories about her teenage years, her family, relationships, and sex and shares the experiences that have shaped who she is—a woman with the courage to bare her soul to stand up for what she believes in, all while making us laugh.

Ranging from the raucous to the romantic, the heartfelt to the harrowing, this highly entertaining and universally appealing collection is the literary equivalent of a night out with your best friend—an unforgettable and fun adventure that you wish could last forever. Whether she’s experiencing lust-at-first-sight while in the airport security line, sharing her own views on love and marriage, admitting to being an introvert, or discovering her cross-fit instructor’s secret bad habit, Amy Schumer proves to be a bighearted, brave, and thoughtful storyteller that will leave you nodding your head in recognition, laughing out loud, and sobbing uncontrollably—but only because it’s over.

The hardcover version of this book is currently selling on Amazon for almost $17, so you’re getting a better deal with Book of the Month since you can can get your first month for only $5! — Just use coupon code “READ5“.

I was a little bummed not to see a bonus item in this month’s box, but I was happy with the title selections. Maybe I’ll end up being an Amy Schumer fan after all?