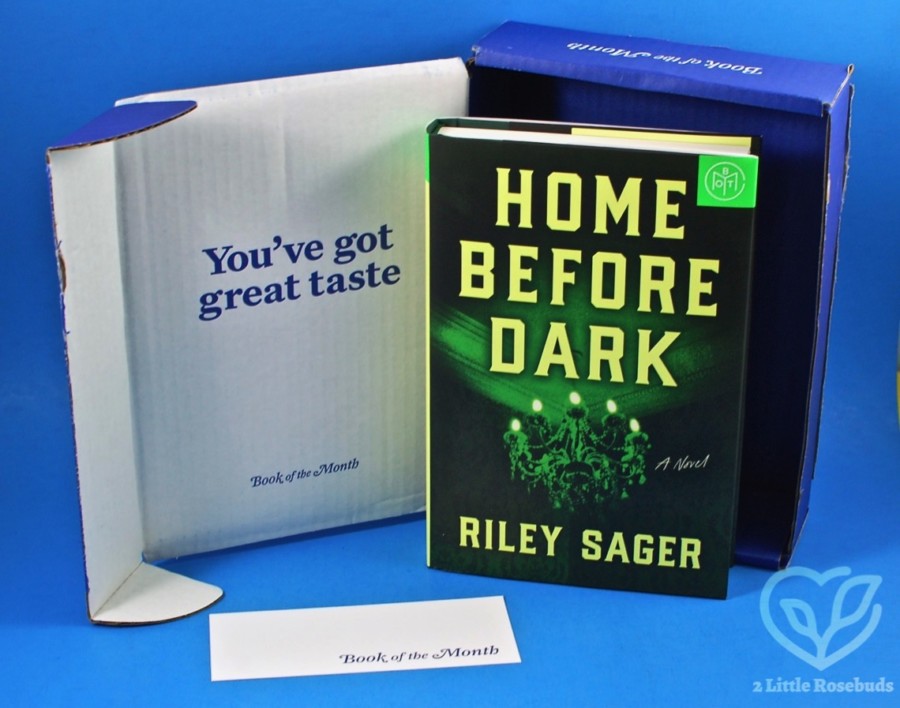 Book of the Month (BOTM) is a subscription box that sends you a new hardcover book as chosen by a panel of judges every month.

Subscribers are given a choice between five different book selections which will be revealed on their site on the first of the month. The books will include a broad range of genres and offer a mix of both fiction and nonfiction titles. The Book of the Month team reviews thousands of submissions from dozens of publishers, and works closely with the BOTM judges to select exceptional books that they think members will enjoy. If you don’t like the current month’s selections, you’re free to skip with no questions asked.

Subscriptions are $14.99/month with free shipping. — For a limited time, you can can get your first month for only $9.99! — Just use coupon code “SUN5” at checkout. 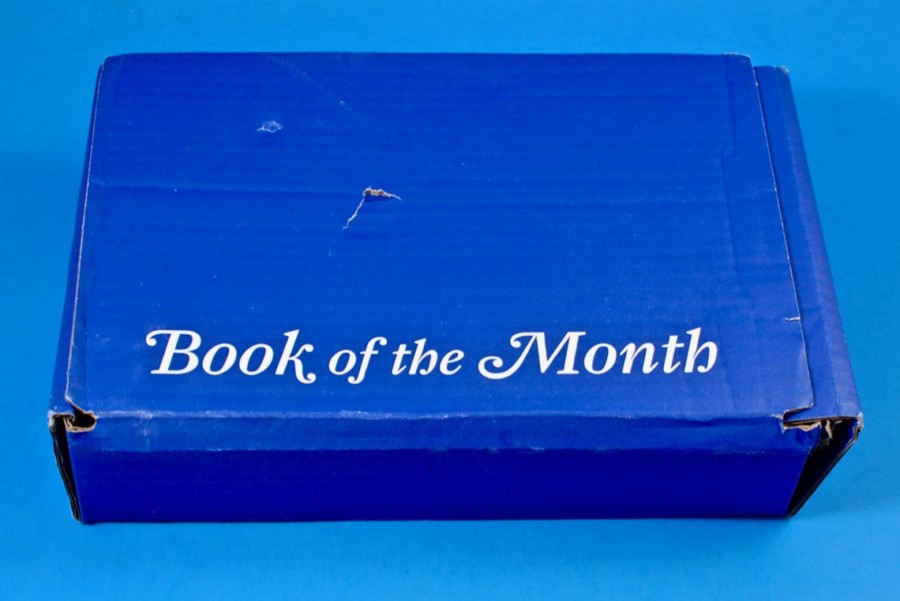 The book was shipped in a small blue box with a white Book of the Month logo on top. 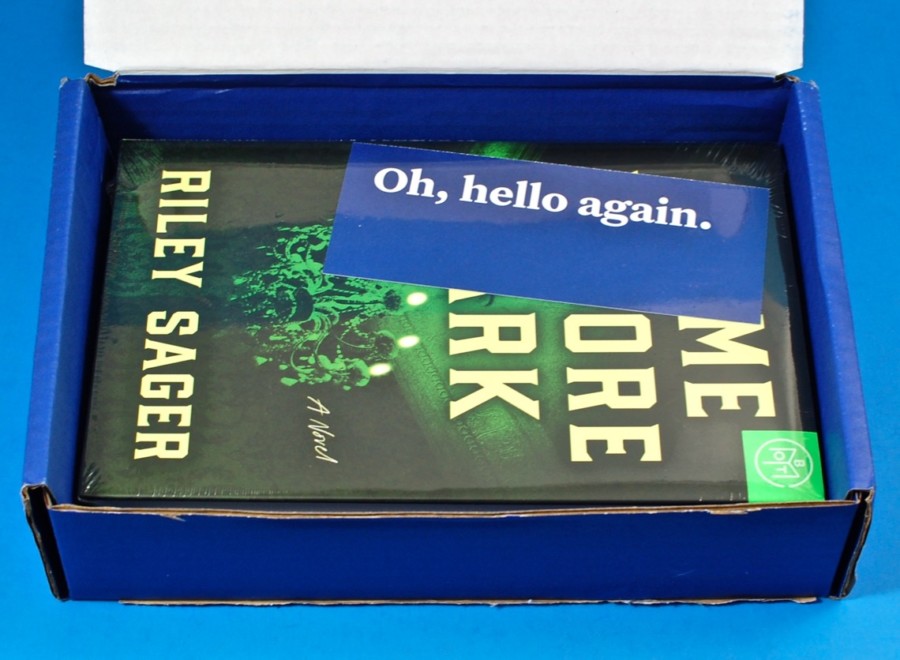 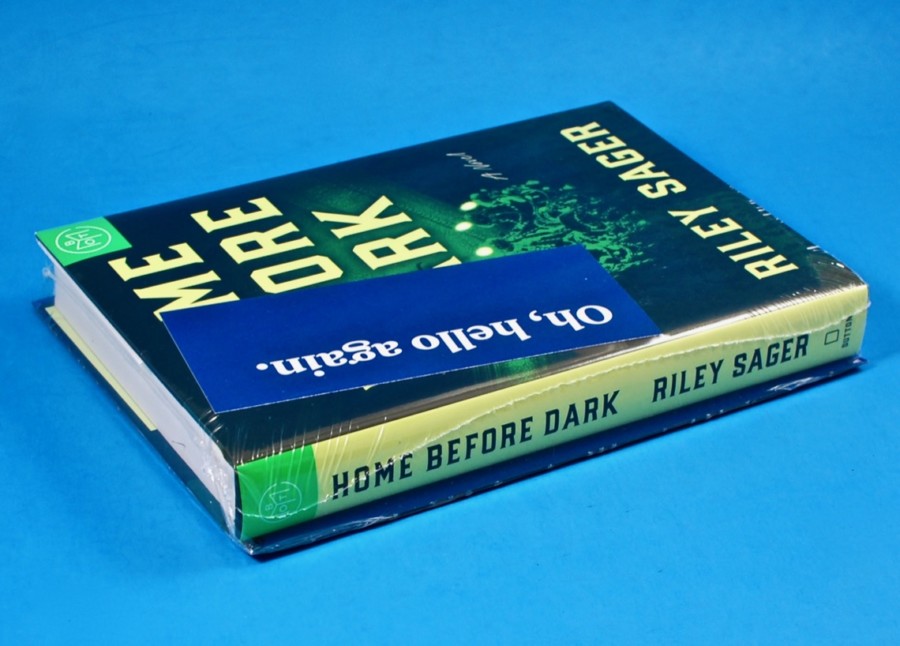 The book itself was shrink-wrapped to a sturdy piece of cardboard to keep it from getting damaged in transit. 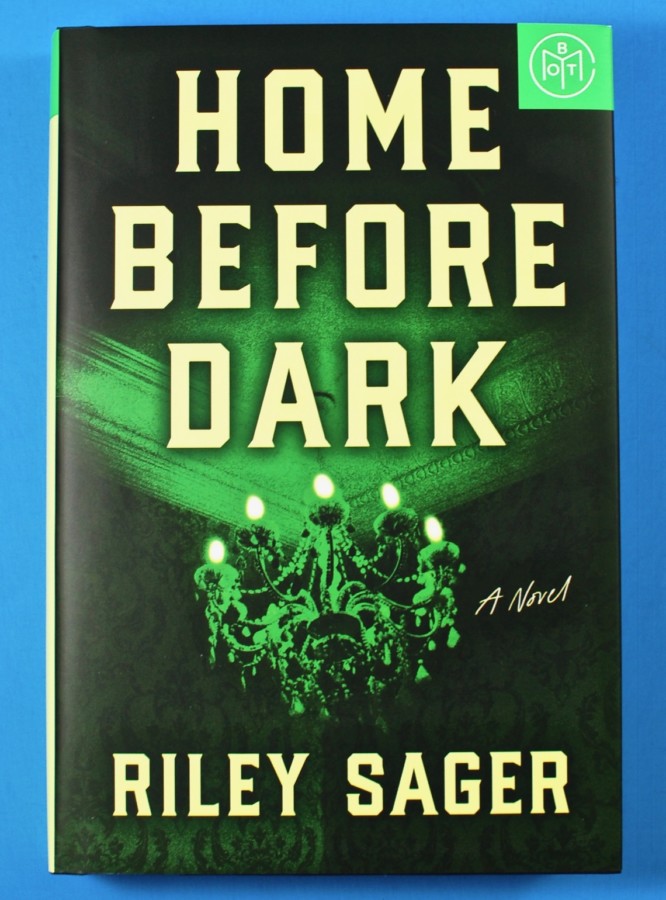 Home Before Dark by Riley Sager

While I’d much prefer a true account of a haunting, I chose this title since the subject matter still piques my interest, fiction or not.

Maggie Holt is used to such questions. Twenty-five years ago, she and her parents, Ewan and Jess, moved into Baneberry Hall, a rambling Victorian estate in the Vermont woods. They spent three weeks there before fleeing in the dead of night, an ordeal Ewan later recounted in a nonfiction book called House of Horrors. His tale of ghostly happenings and encounters with malevolent spirits became a worldwide phenomenon, rivaling The Amityville Horror in popularity—and skepticism.

Today, Maggie is a restorer of old homes and too young to remember any of the events mentioned in her father’s book. But she also doesn’t believe a word of it. Ghosts, after all, don’t exist. When Maggie inherits Baneberry Hall after her father’s death, she returns to renovate the place to prepare it for sale. But her homecoming is anything but warm. People from the past, chronicled in House of Horrors, lurk in the shadows. And locals aren’t thrilled that their small town has been made infamous thanks to Maggie’s father. Even more unnerving is Baneberry Hall itself—a place filled with relics from another era that hint at a history of dark deeds. As Maggie experiences strange occurrences straight out of her father’s book, she starts to believe that what he wrote was more fact than fiction.

Alternating between Maggie’s uneasy homecoming and chapters from her father’s book, Home Before Dark is the story of a house with long-buried secrets and a woman’s quest to uncover them—even if the truth is far more terrifying than any haunting.

Book of the Month had a nice selection of titles for June! The book that I choose is currently pre-selling (release date of June 30) for $24.30 on Amazon — making $9.99 a way better deal!

— Remember, for a limited time you can get your first month for only $9.99 shipped! — Just use coupon code “SUN5” at checkout.