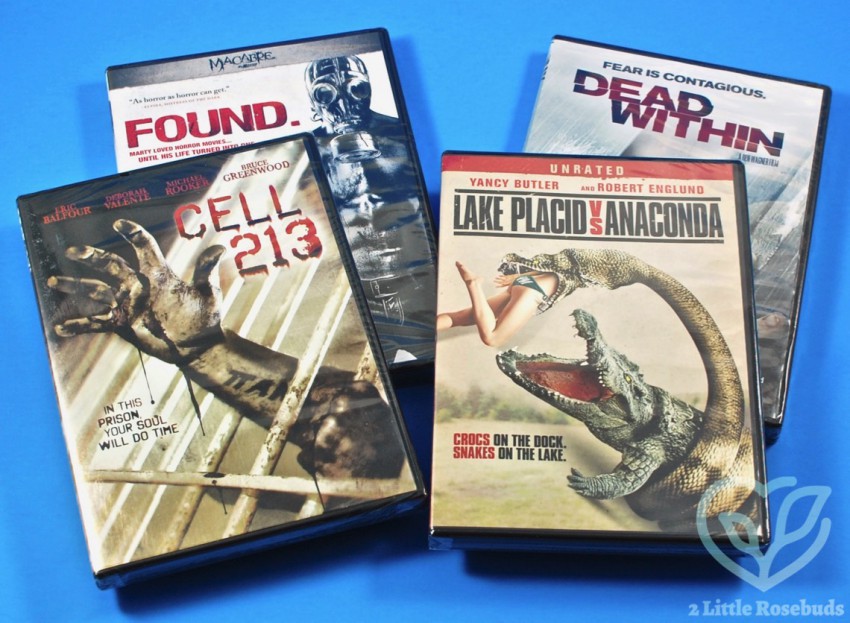 HorrorPack is a subscription box that sends you a new selection of horror movies every month.

Each box will include 4 handpicked titles from major studios, as well as the bigger indie distributors like Scream Factory, Dark Sky, Magnet and Full Moon, and some of the truly independent labels like Wild Eye and Apprehensive. When you sign up, you’ll have the choice of either 4 DVDs or 4 Blu-rays — all of which will be different each month. So if you sign up for both versions, you’ll receive 8 brand new movies each shipment. All movies are 100% new and sealed in shrinkwrap.

Subscriptions are $19.99/month for 4 DVDs or $24.99/month for 4 Blu-rays. Discounts are available on multi-month plans and shipping is free within the US. — For a limited time, you can save $3 on your first box with coupon code “CHAINSAW“! 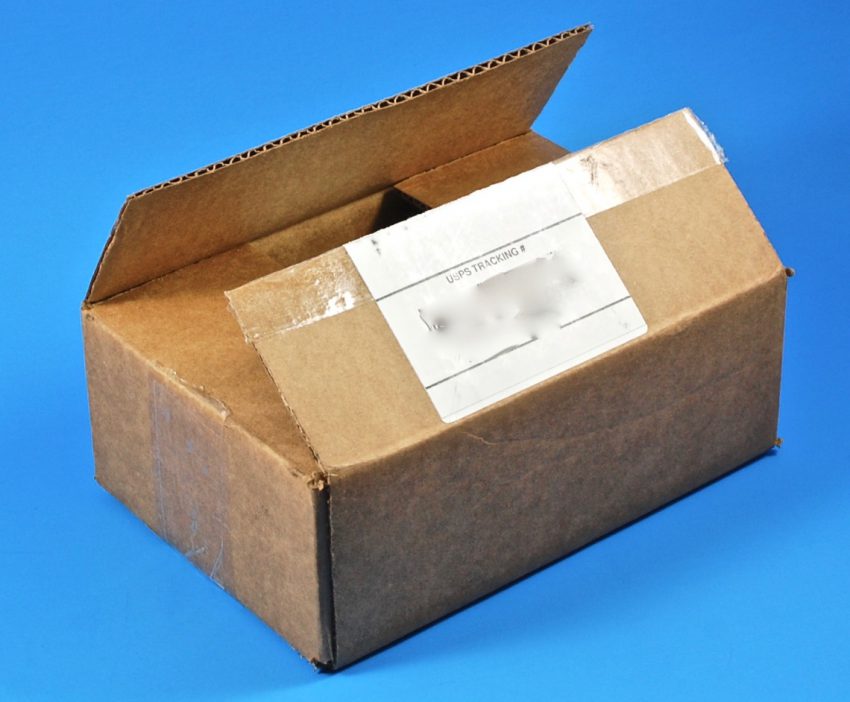 Everything was shipped in a plain brown box via USPS Media Mail. 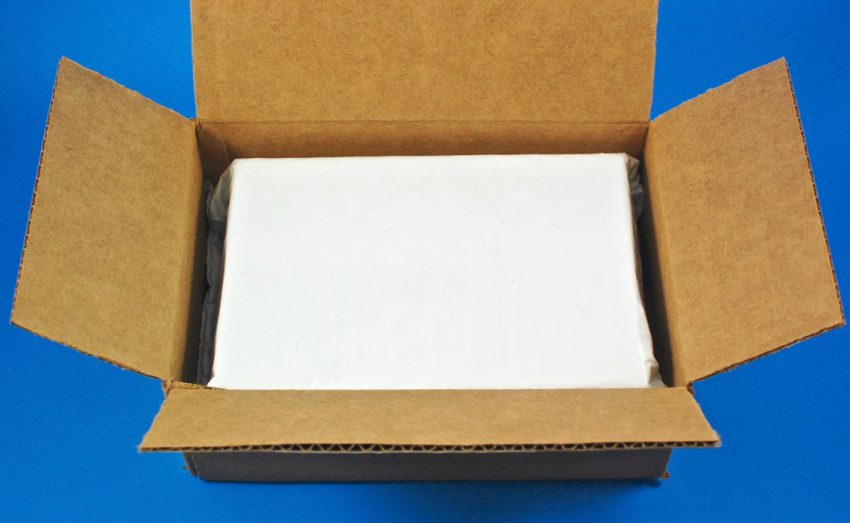 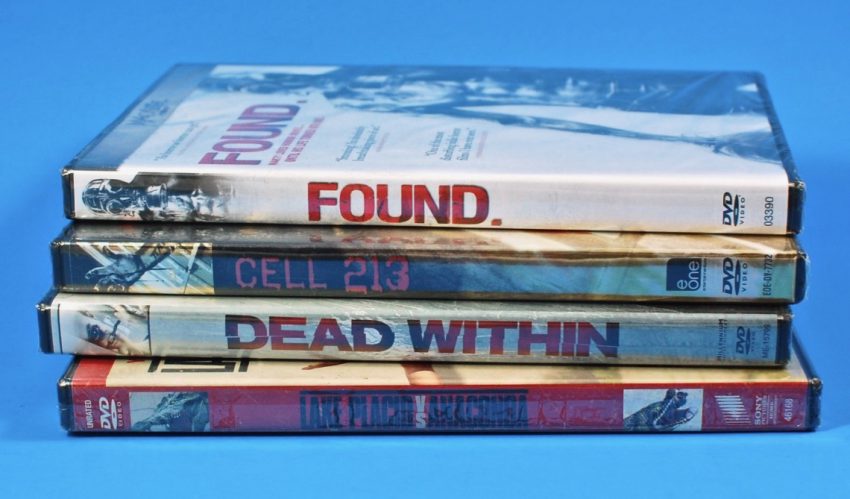 All of the DVDs were packed together inside of a poly mailer bag. 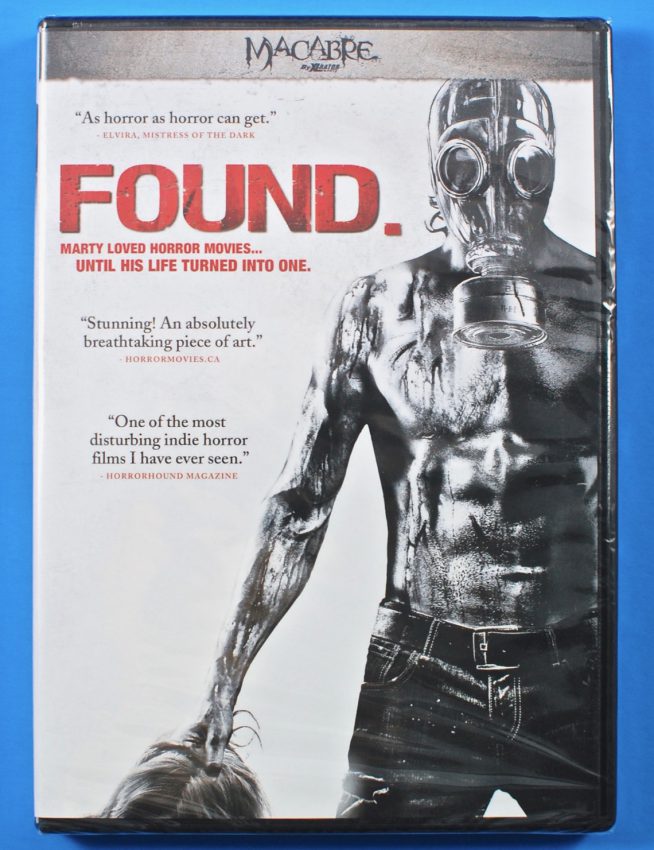 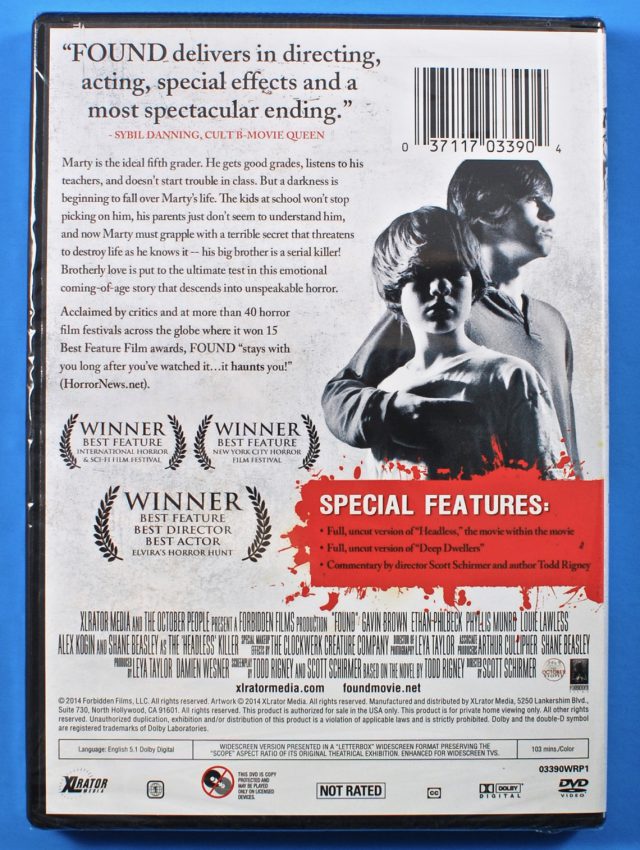 Marty is the ideal fifth grader. He gets good grades, listens to his teachers, and doesn’t start trouble in class. But a darkness is beginning to fall over Marty’s life. The kids at school won’t stop picking on him, his parents just don’t seem to understand him, and now Marty must grapple with a terrible secret that threatens to destroy life as he knows it — his big brother is a serial killer! Brotherly love is put to the ultimate test in this emotional coming-of-age story that descends into unspeakable horror.

Of all the movies in this month’s box, I think this is the one that sounds the most promising. It even has pretty decent reviews on Amazon. There are special features on the disc, including 2 full/uncut “movies within a movie”. 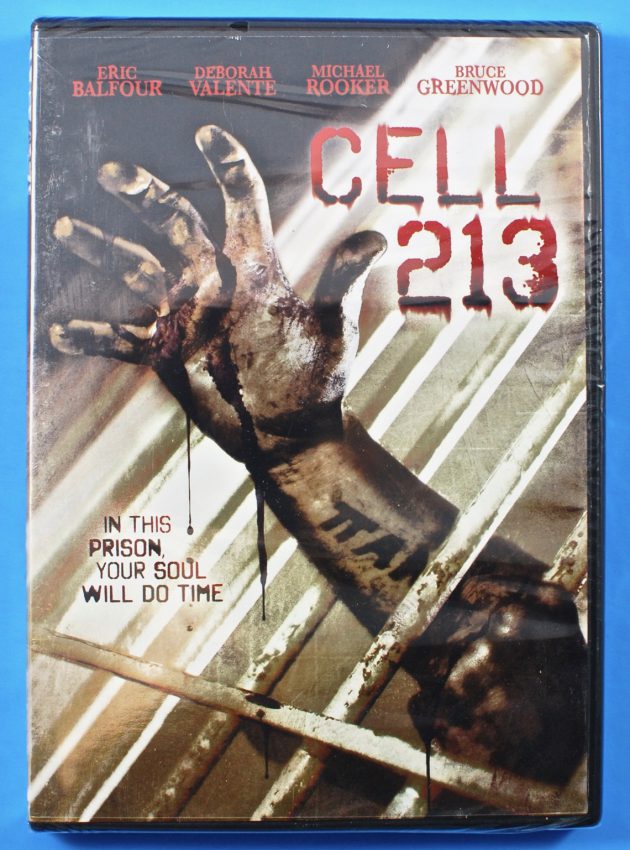 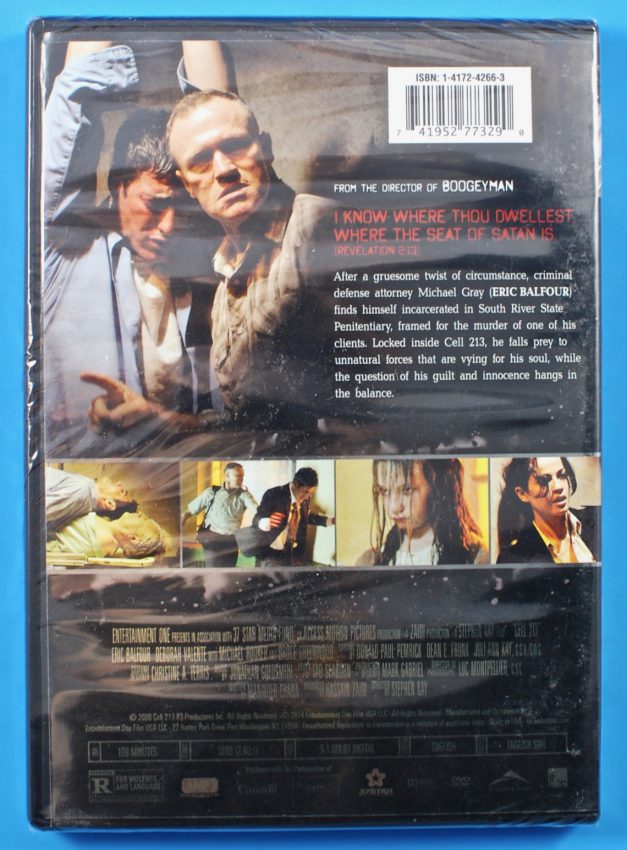 Cell 213 becomes home to Michael Gray, a cocky young attorney, after a gruesome twist of circumstance lands him in the South River State Penitentiary framed for the murder of an incarcerated client. Unnatural forces are causing prisoners to kill themselves at abnormal rates and Michael soon discovers that matters of guilt and innocence are not as cut and dry as he would like to believe trapped in this nightmarish cell.

This one has pretty mixed reviews on Amazon. I was particularly struck by one that read “Scary enough to help if constipated”. Hmm… 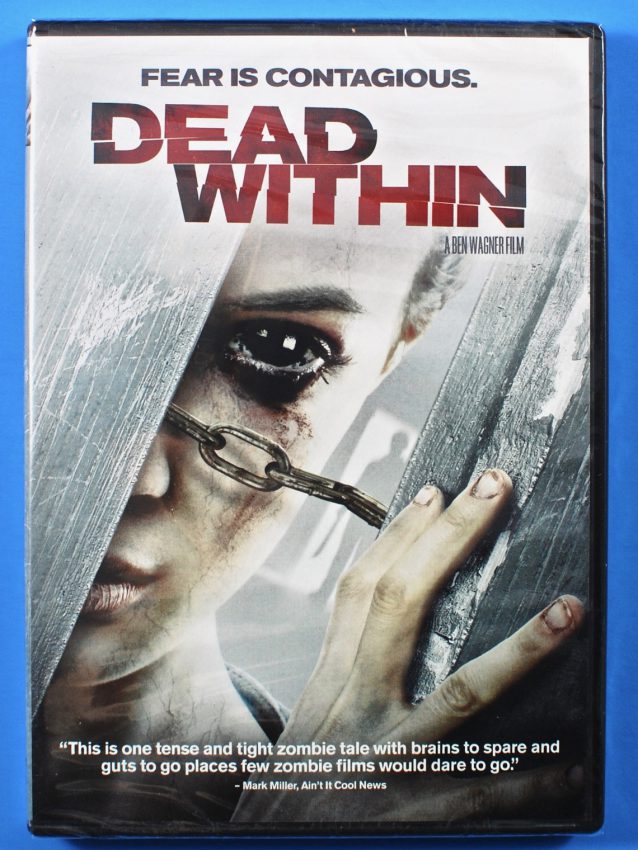 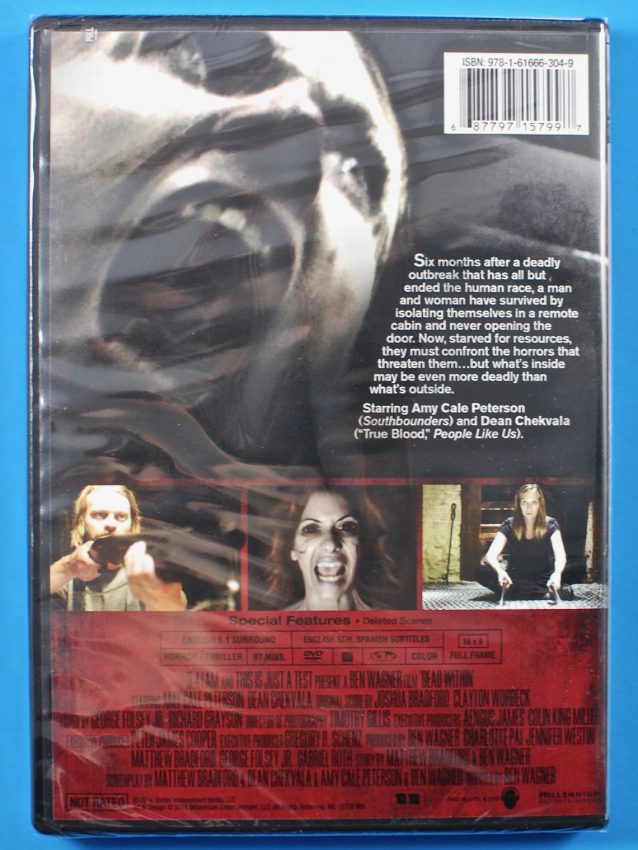 Six months after a deadly outbreak that has all but ended the human race, a man and woman have survived by isolating themselves in a remote cabin and never opening the door. Now, they don’t have a choice. Starved for resources, they must confront the horrors that threaten them…but what’s inside may be even more toxic than what remains outside. Starring Amy Cale Peterson (Southbounders) and Dean Chekvala (True Blood, People Like Us).

I have a feeling the cringe factor is going to be high on this one — especially since the “zombie”(?) in the middle photo looks like a pretty sad attempt at the undead. I’d be willing to bet that I’ll be agreeing with this Amazon reviewer: “DVD in great condition, but movie was not as expected. Looked like it should have been scary according to the cover.”… Ha! 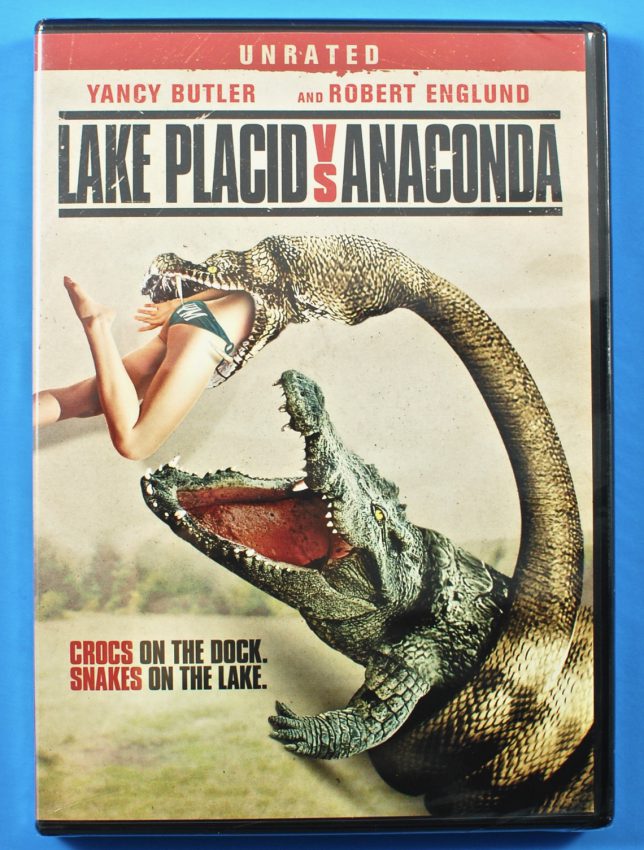 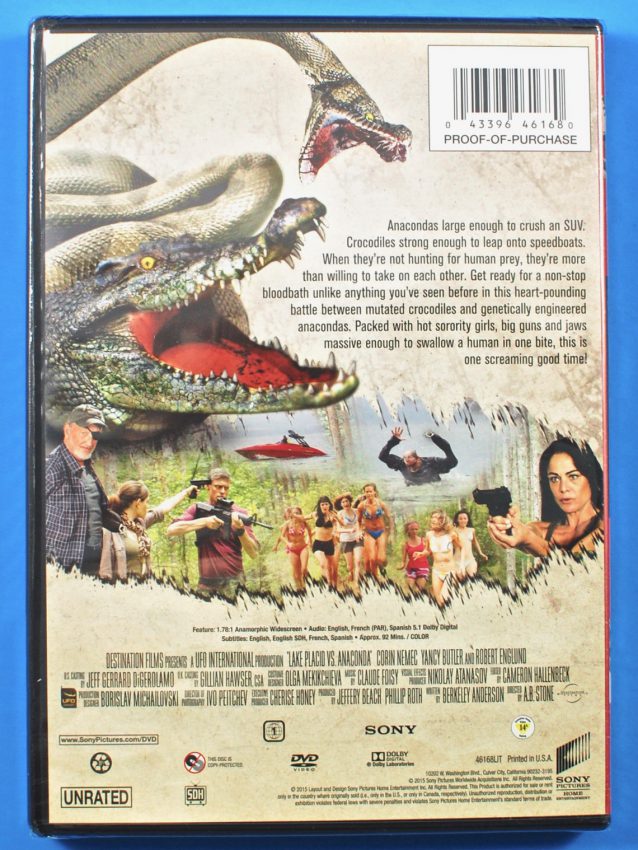 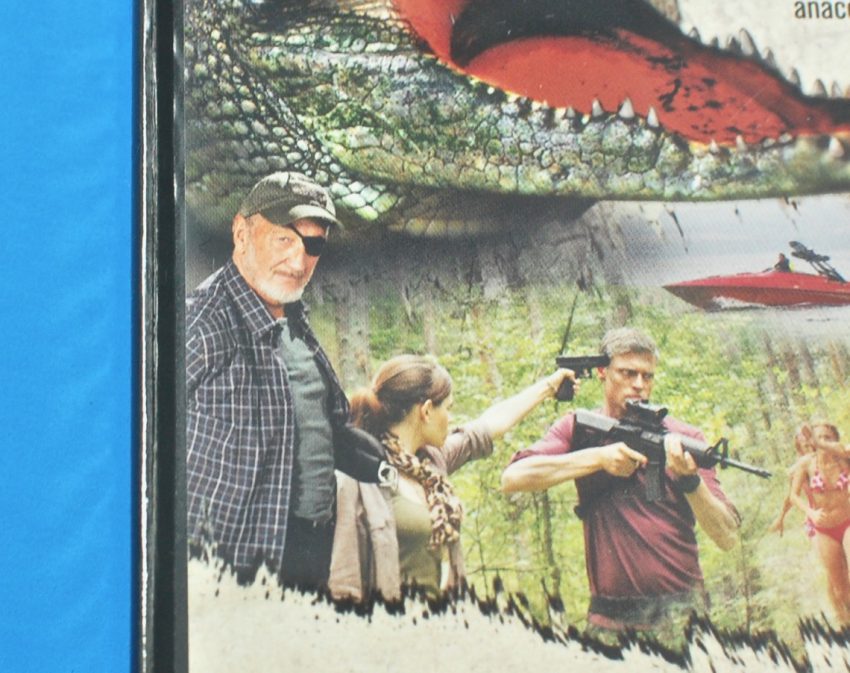 Anacondas large enough to crush an SUV. Crocodiles strong enough to leap onto speedboats. When they’re not hunting for human prey, they’re more than willing to take on each other. Get ready for a non-stop bloodbath unlike anything you’ve seen before in this heart-pounding battle between mutated crocodiles and genetically engineered anacondas. Packed with hot sorority girls, big guns, and jaws massive enough to swallow a human in one bite, this is one screaming good time!

Yep, that’s our old friend Robert Englund up there on the left — aka Freddy Krueger. But this time he’s not haunting your dreams, he’s… battling against SUV-sized crocodiles and anacondas? Apparently this is a tie-in of two different franchises — “Lake Placid” and “Anaconda”, both of which have (I believe) 4 movies of their own. Definitely less of a horror film and more of a cheesy B movie.

HorrorPack is clearly an ideal subscription box for anyone who enjoys indie horror movies. I was pleasantly surprised to see that all of the titles were currently available on Amazon — and that though mixed, the reviews weren’t too bad at all. The overall value was great too, at over $47! 😀 — Remember, for a limited time you can save $3 on your first HorrorPack with coupon code “CHAINSAW“!

The perfect subscription box for fans of indie horror films! 🙂