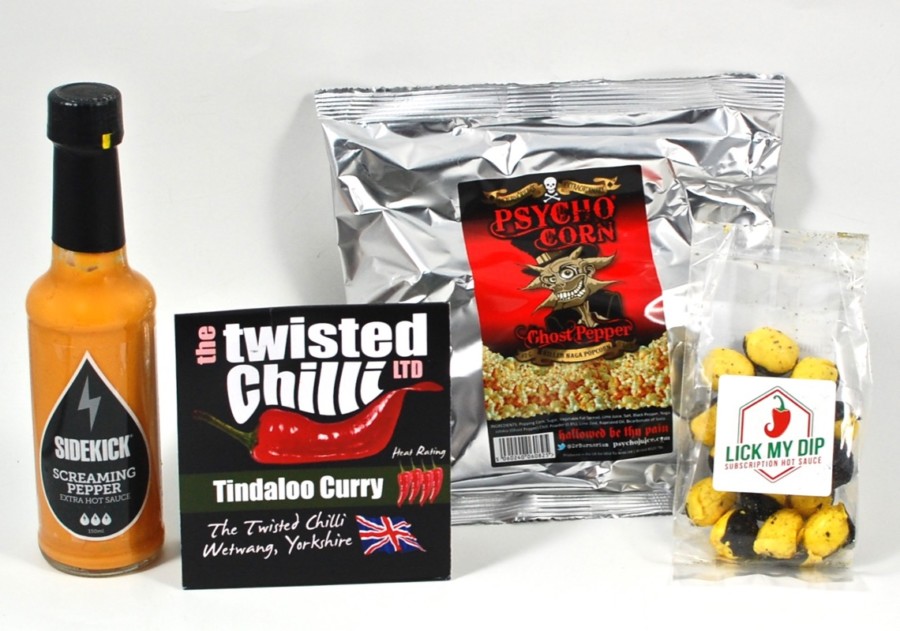 Lick My Dip is a monthly subscription box from the UK that specialize in hot sauce and chili products.

Each box will include an assortment of spice-laden items such as hot sauce, snacks, dips, pickles, marinades, rubs, candies, and more. If it’s spicy, it’s fair game. All products come from small batch British manufacturers who know a thing or two about heat.

Subscriptions start at £12.49/month and they ship worldwide. 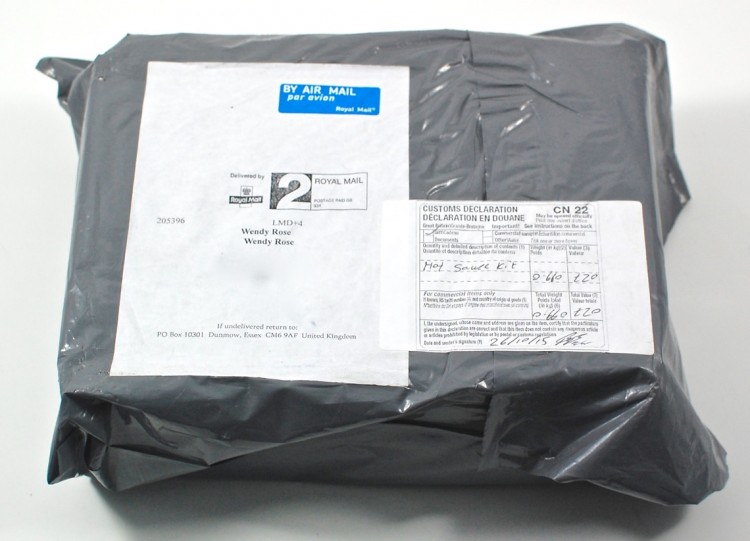 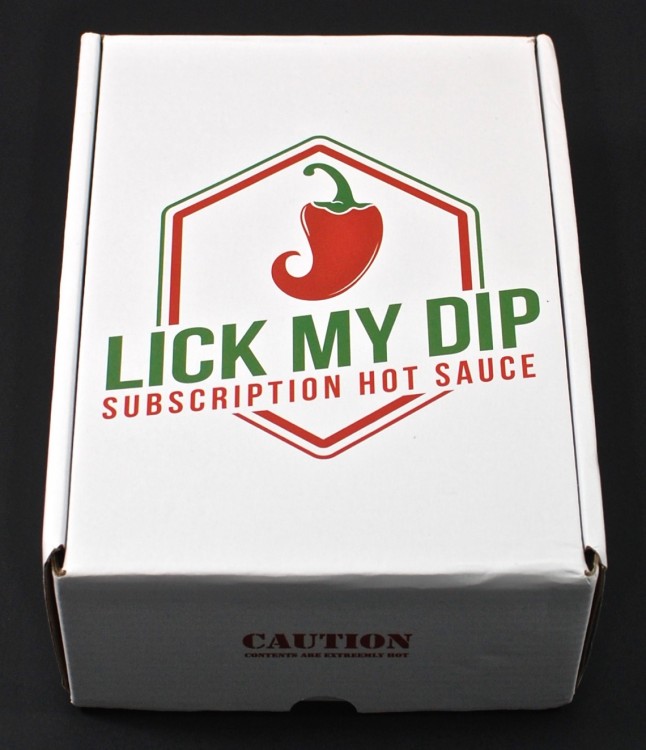 The package was shipped in a gray polymailer bag. The box itself was white with a big Lick My Dip logo on top. 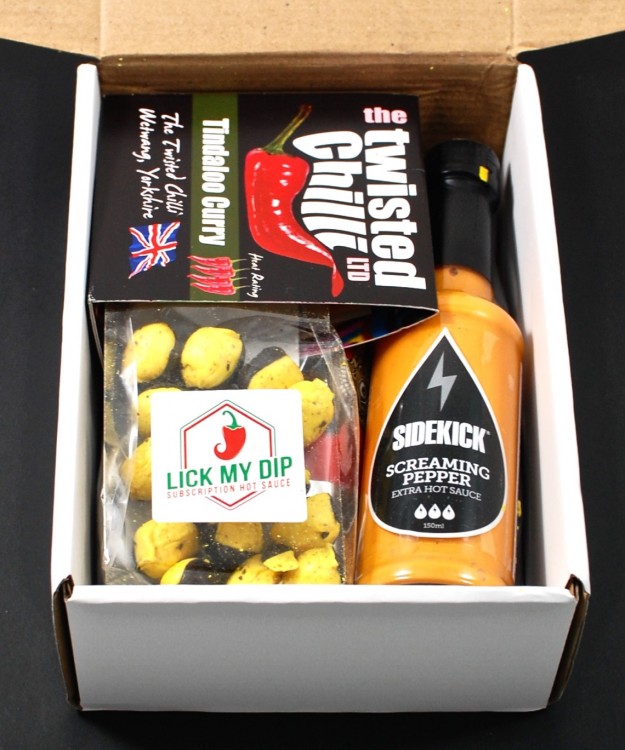 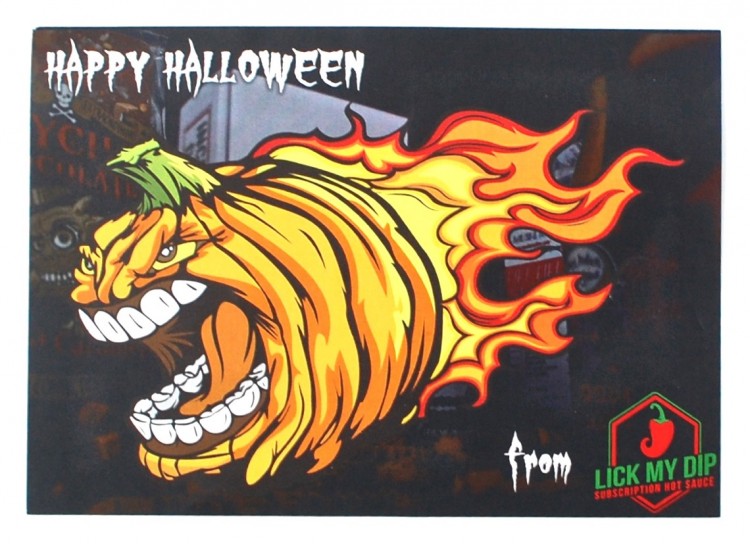 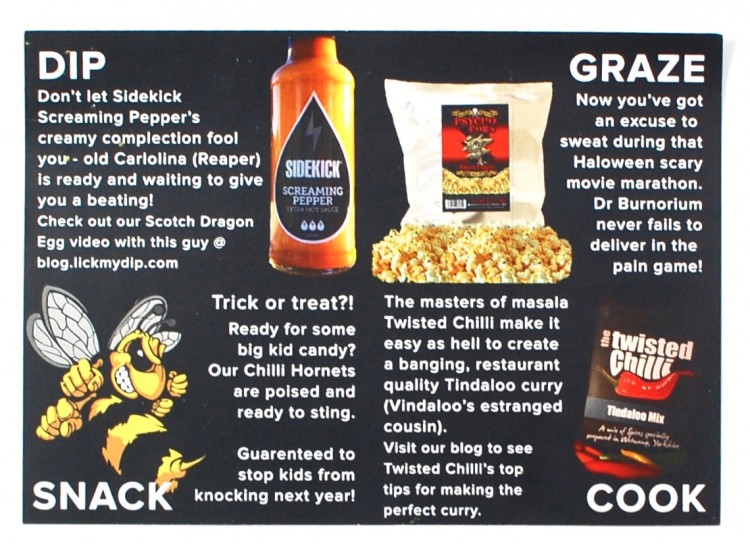 An info card listed all of the items included in the box, along with brief descriptions for each one… October’s “theme” was Halloween. 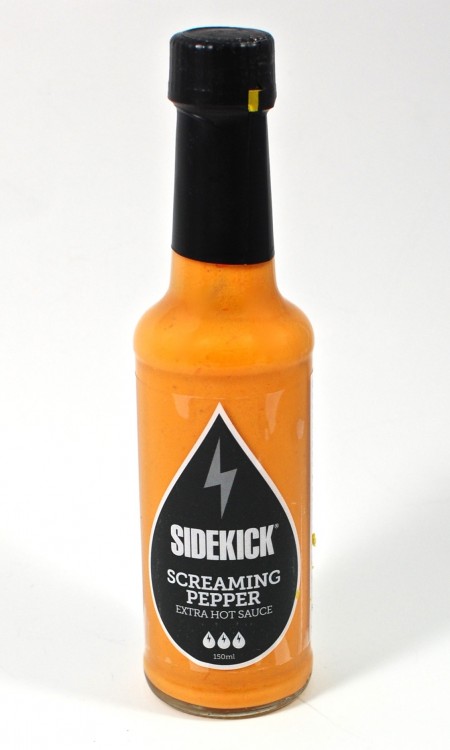 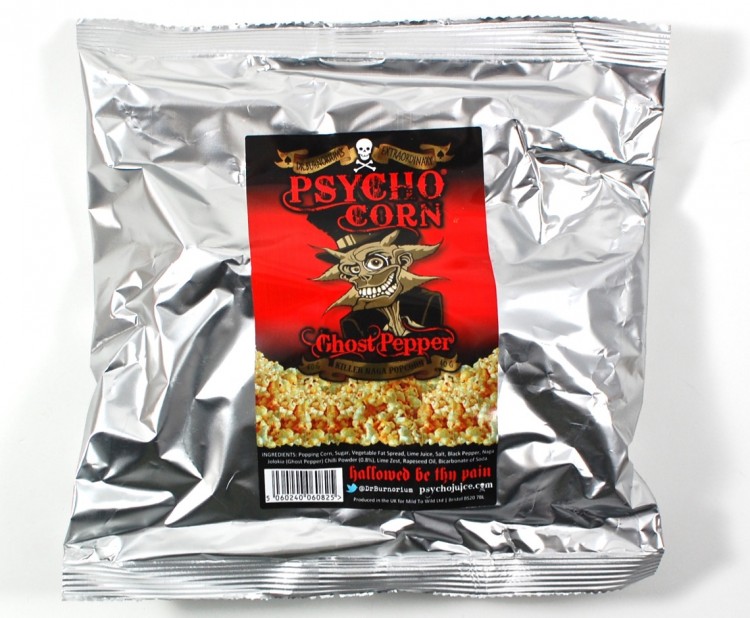 Psycho Corn Ghost Pepper Killer Naga Popcorn – I keep telling myself I should open this up, but I’m scared! It contains naga jolokia — aka ghost pepper — one of the hottest peppers out there. Also, the package features the phrase “hallowed be thy pain”. Um, way to intimidate me, popcorn! 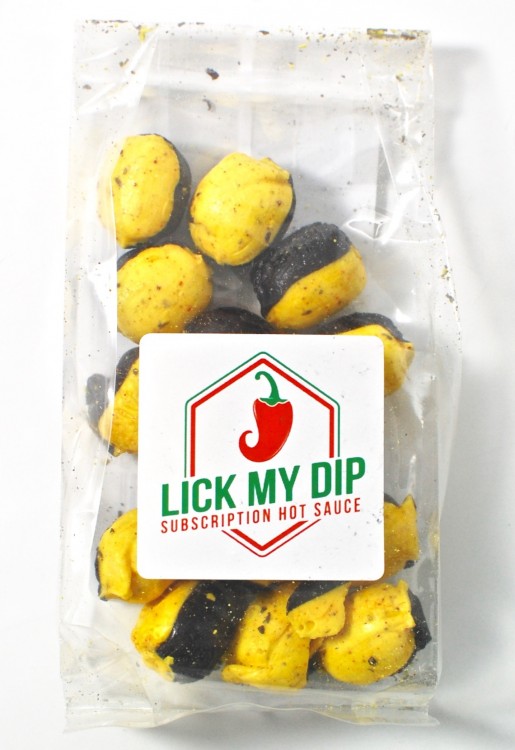 Lick My Dip Chili Hornet Candy – I thought these were some sort of chocolate-covered snack when I first saw them, but they’re actually hard candies. The yellow and black colors were chosen so that they resemble hornets. They’re cinnamon chili flavored and the package states that they “may contain colours which may have an adverse effect on activity and attention in children”. So that’s… interesting. 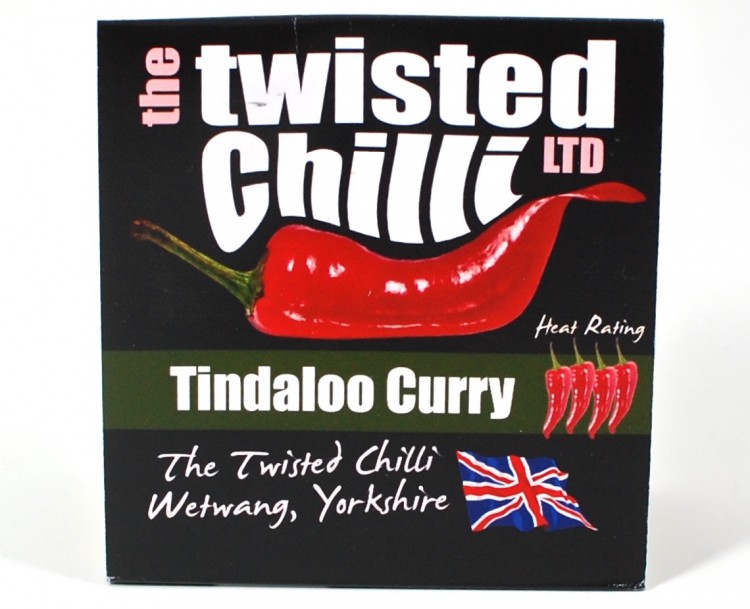 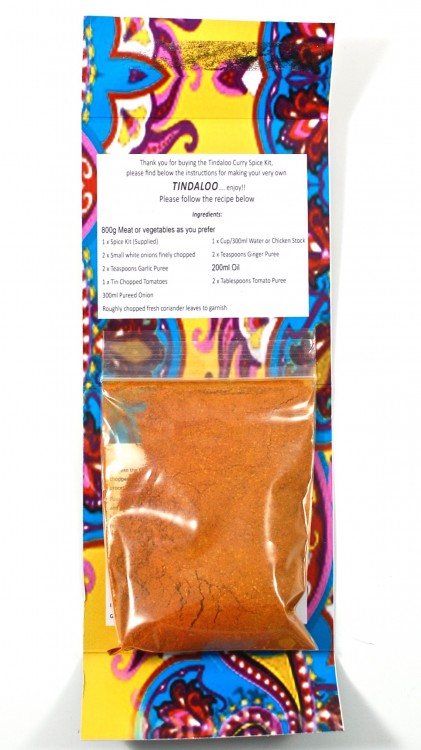 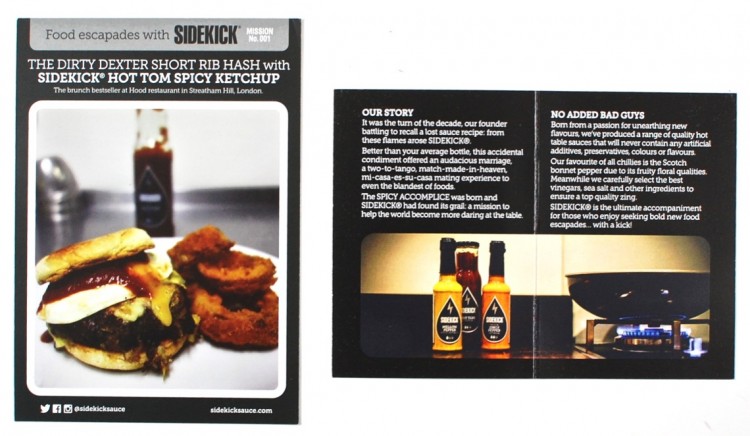 Also included was a little background info on the Sidekick company, as well as a recipe utilizing the featured sauce.

Overall, I was happy with my October Lick My Dip box. I like that they don’t just stick to sending hot sauce, but also equally spicy food, candy, and snacks. Makes things more interesting. Oh, and I was pleasantly surprised to see that all of the items happened to be vegan-friendly! Always a plus. 😉

A great box for anyone who enjoys food and snacks with some serious HEAT. 🙂