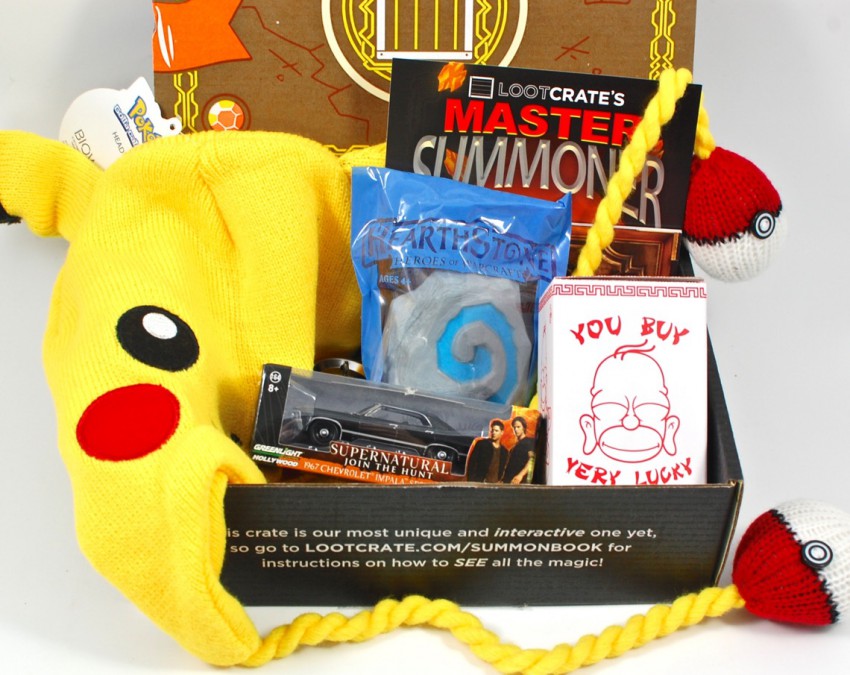 If you’re new here, Loot Crate is a monthly subscription box for fans of gamer/geek culture. Every month you’ll get a box packed with 6-8 items that can include toys, gear, snacks, hardware, art, accessories, and more! (They’ve even been sending limited edition Loot Crate exclusive items!) Boxes are $19.37/month (price includes shipping), or less with longer subscriptions. 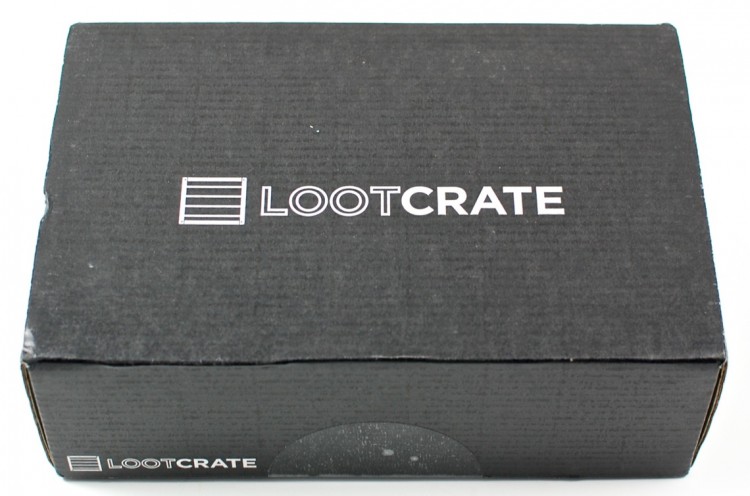 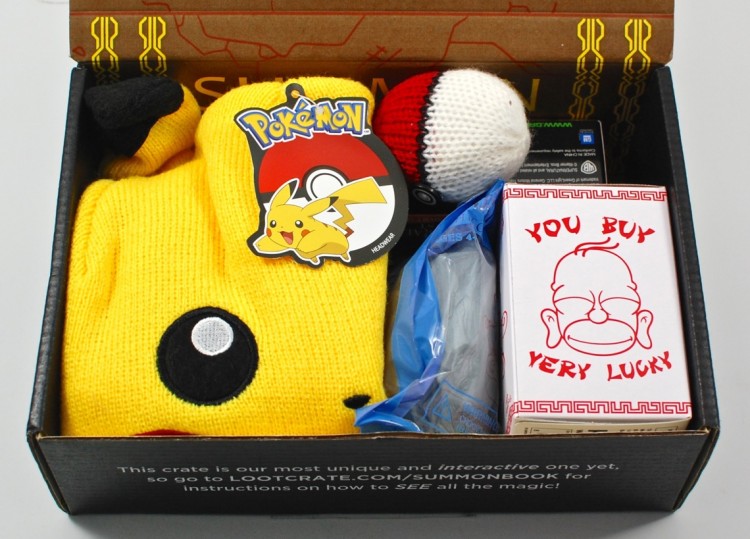 A peek inside. Buddha Homer! 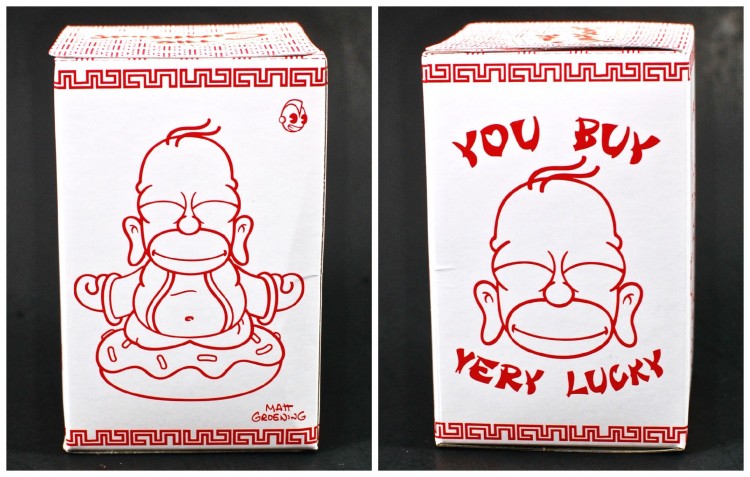 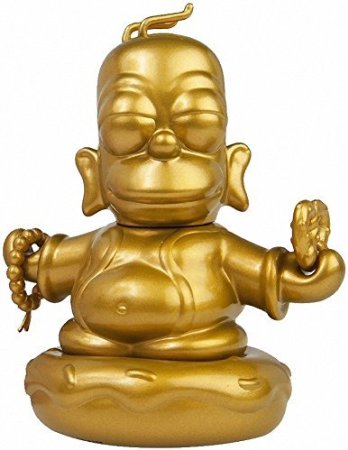 Homer Simpson Golden Buddha by Kidrobot – Okay, first — yay for a Simpsons item. Second — I haven’t actually opened this yet because I have no clue where to put it. Hence, I’m keeping it sealed for now. (Image credit for 2nd photo: Amazon) When I was hardcore into collecting Simpsons figures like 10 years ago, I would have proudly displayed this on a shelf, but alas, I’m a lame mom now. That said, I totally dig the fact that he’s perched on a giant donut and has a pretzel in his hand. Ommmm… nom nom. 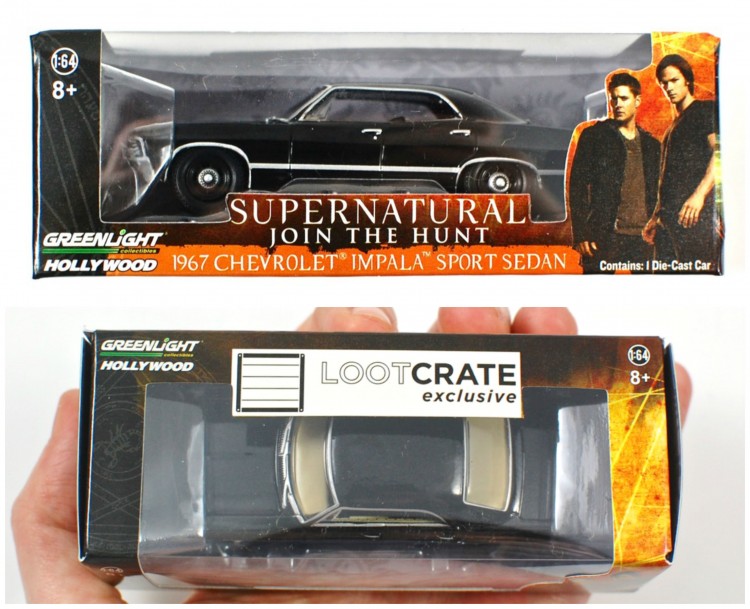 Exclusive Supernatural 1967 Chevy Impala by Greenlight Collectibles – I’ve never actually watched Supernatural (Jared Padalecki will forever be Rory’s boyfriend in my mind), but I do recognize this car from the TV promos. This is a Loot Crate exclusive that features the original Kansas license plates as seen in the flashback episode “In the Beginning”… Other versions use its later Ohio plates. Cool? Oh, the second photo was included to better show its size (1:43 scale). 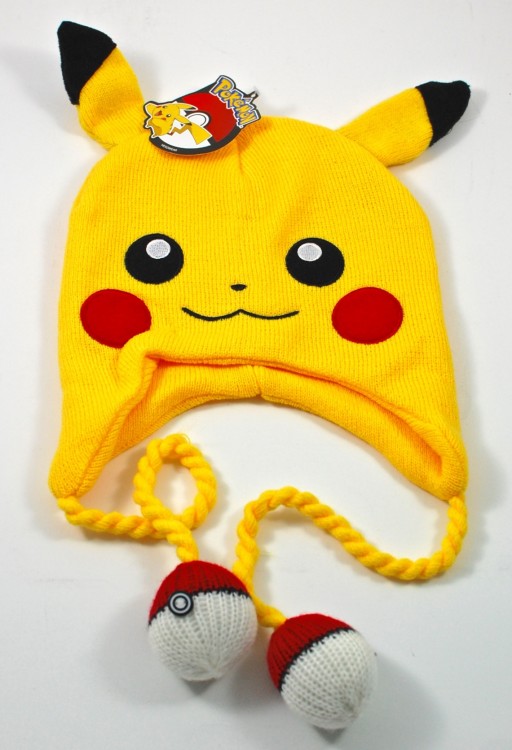 Pokemon Laplander Hat by Bioworld – Aww. This officially licensed Pikachu knit cap is stinkin’ adorable. I’m a wee bit too old to get away with wearing it myself, but I’m sure my kiddos will have fun playing around with it.

Hearthstone Collectible Coin and Card Pack Code – I have no idea what Hearthstone is, but this collectible coin was originally offered as a Blizzcon 2014 exclusive and includes a code for exclusive digital game cards(?). 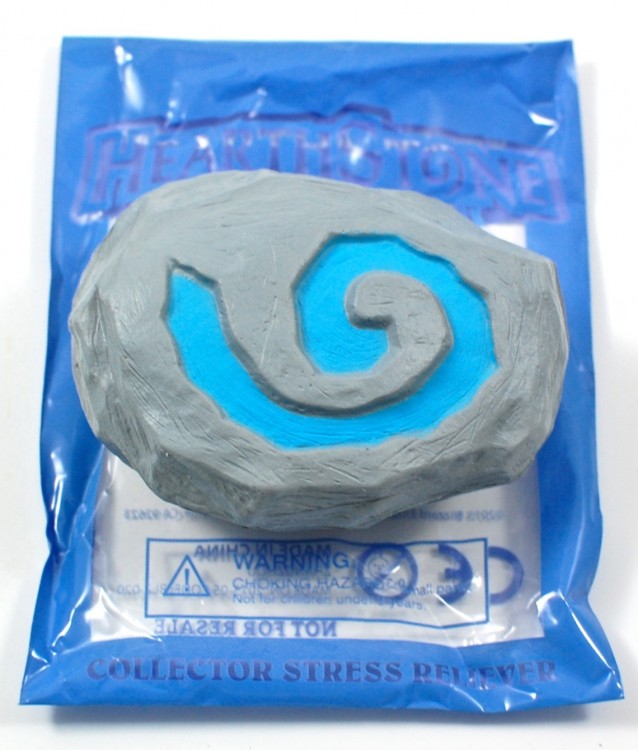 Hearthstone Foam Stress Ball by Blizzard Entertainment – While I’m not familiar with what Hearthstone is, I’m quite hip to the mighty stress ball. I think this could actually help me out, since my hands have been all sortsa overworked from reviewing so many boxes lately. (F’real. All this photo taking/editing and typing is no joke! #bloggerproblems)

I definitely enjoyed this month’s Loot Crate much more than August’s. The hat was a fun inclusion and though I never watch the show anymore, the Simpsons will always hold a special place in my heart. 😉 I’ll probably toss the Impala into my “Loot Crate collectibles drawer” and frequently squeeze the hell out of the stress ball.

If you’d like to sign up for Loot Crate, you can use coupon code “SAVE10” to save 10% on any subscription plan!

September's Loot Crate pretty much made up for that fugly Venom mug from August's box. Though it did include a couple filler items this time, I don't even mind. Now excuse me whilst I give my hearthstone a good squeeze...