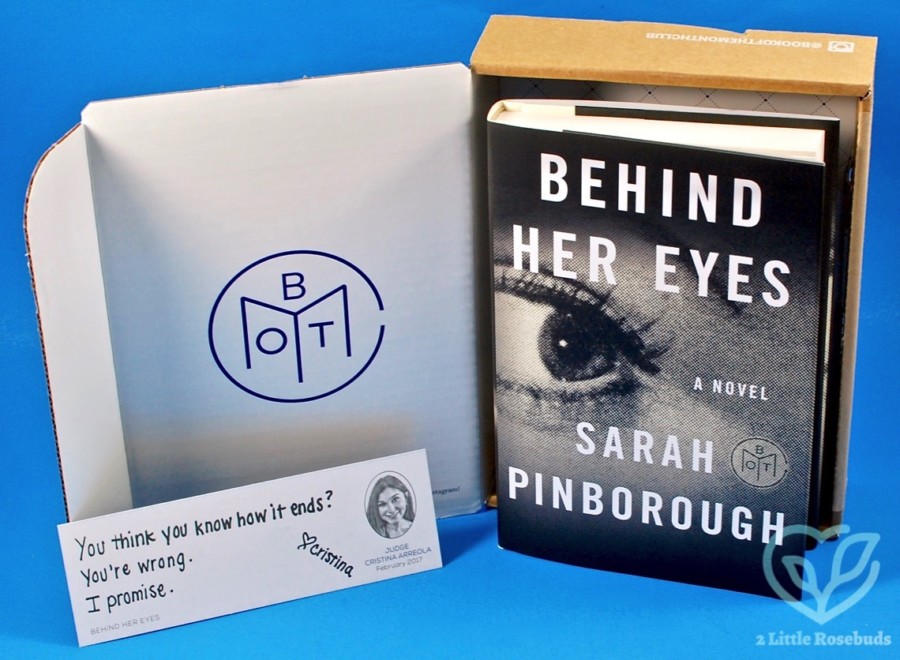 If you haven’t heard, Book of the Month (BOTM) is a subscription that sends you a new hardcover book as chosen by a panel of judges every month. You’ll be given a choice between five different book selections which will be revealed on their site on the first of the month. The books will include a broad range of genres and offer a mix of both fiction and nonfiction titles. The Book of the Month team reviews thousands of submissions from dozens of publishers, and works closely with the BOTM judges to select exceptional books that they think members will enjoy.

Subscriptions are $16.99/month or less with multi-month commitments (as low as $8.99/month for the annual plan). — For a limited time, you can can get your first month for only $5! — No coupon code needed.

Okay, let’s check out my February 2017 Book of the Month Club box! 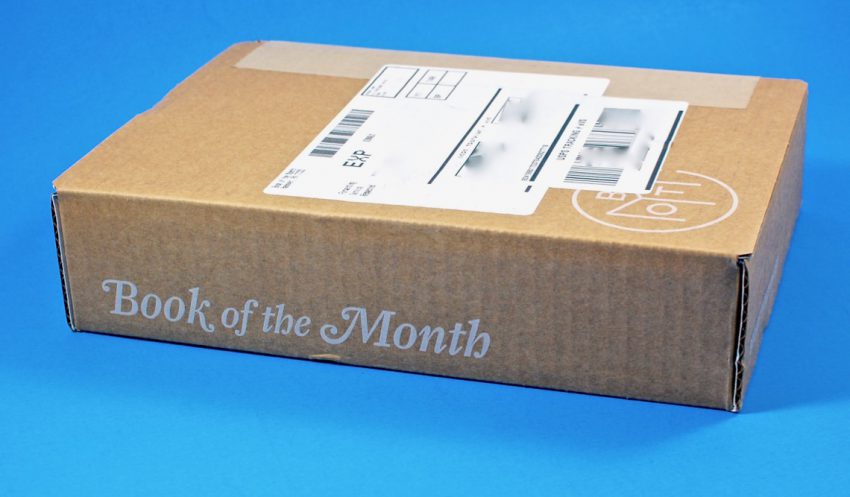 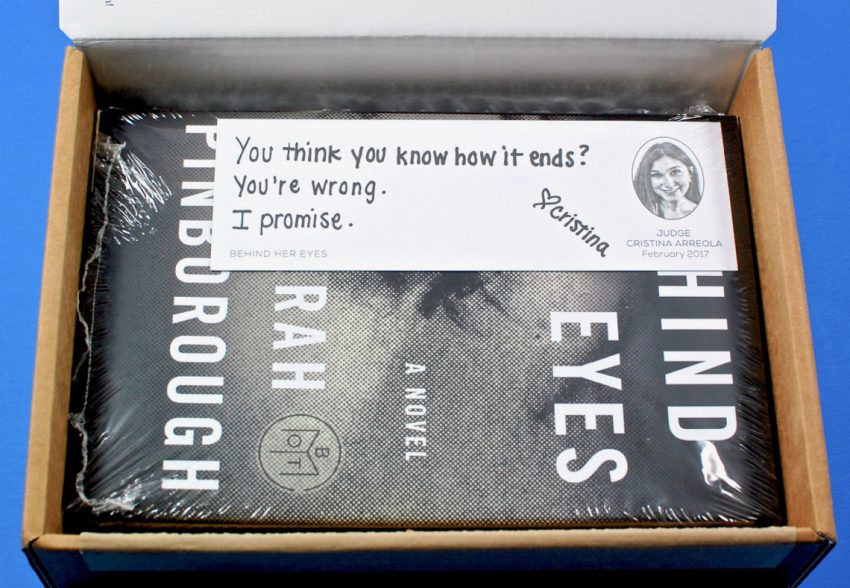 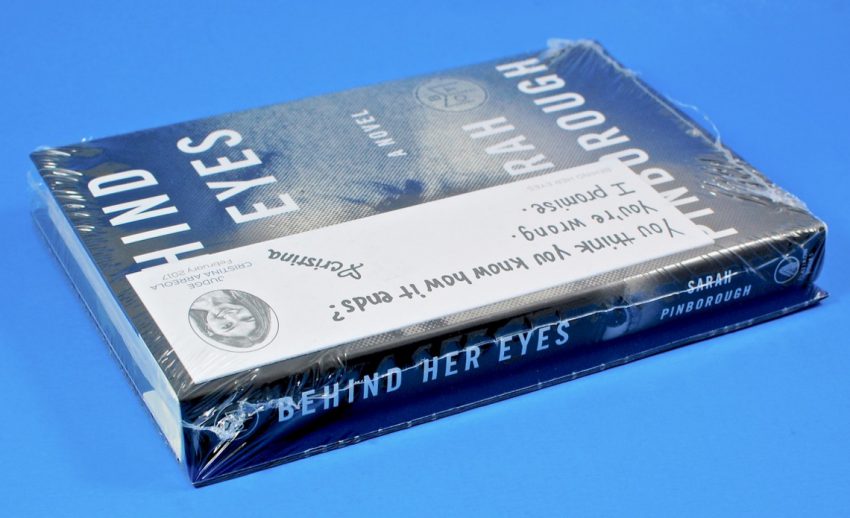 As always, the book itself was shrink-wrapped to a sturdy piece of cardboard to keep it from getting damaged in transit.

A short note was included from Cristina Arreola, one of the guest judges for February, who chose the book I received — “Behind Her Eyes” by Sarah Pinborough. 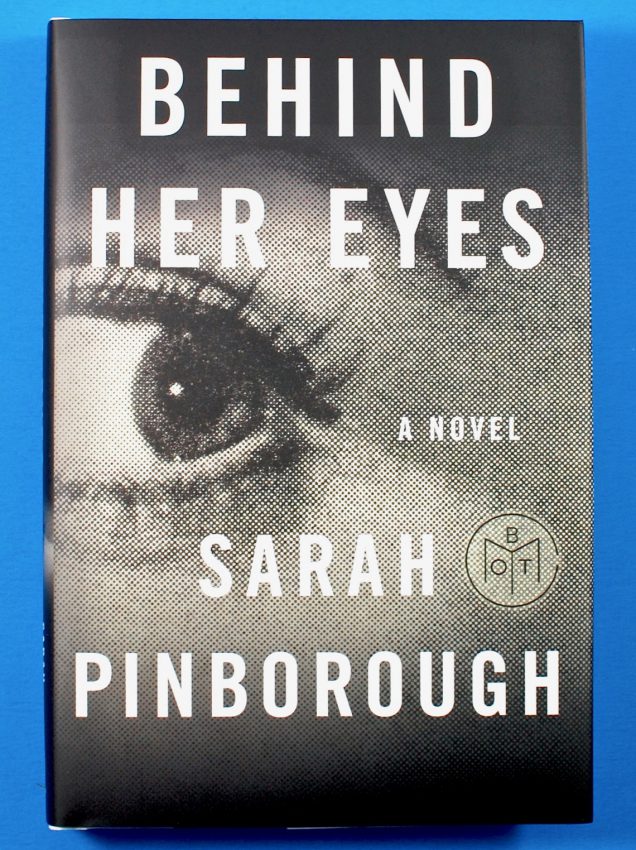 Behind Her Eyes by Sarah Pinborough

A brand new psychological thriller, I was intrigued by the promise of a completely unexpected twist at the end of this book… Unfortunately, I glanced at a few Amazon reviews and one of them may have completely spoiled it for me. Note to self: Don’t read the reviews before you read the friggin’ book! Ah well, lesson learned. 😉

Louise is a single mom, a secretary, stuck in a modern-day rut. On a rare night out, she meets a man in a bar and sparks fly. Though he leaves after they kiss, she’s thrilled she finally connected with someone.

When Louise arrives at work on Monday, she meets her new boss, David. The man from the bar. The very married man from the bar…who says the kiss was a terrible mistake, but who still can’t keep his eyes off Louise.

And then Louise bumps into Adele, who’s new to town and in need of a friend. But she also just happens to be married to David. And if you think you know where this story is going, think again, because Behind Her Eyes is like no other book you’ve read before.

David and Adele look like the picture-perfect husband and wife. But then why is David so controlling? And why is Adele so scared of him?

As Louise is drawn into David and Adele’s orbit, she uncovers more puzzling questions than answers. The only thing that is crystal clear is that something in this marriage is very, very wrong. But Louise can’t guess how wrong―and how far a person might go to protect their marriage’s secrets.

Despite possibly knowing the twist already, I’ll still give this a read… Maybe if I wait a few months I’ll forget? Haha

Book of the Month continues to be a great subscription for adding new hardcover titles to your reading list at an affordable price. 🙂 — Remember, for a limited time you can can get your first month for only $5! — No coupon code needed.

February 2017 Book of the Month Review

I think we’ve been spoiled by getting so many little bonus items lately, because I was a little bummed that they didn’t include one this month. 🙁 Other than that, I was happy. 😉