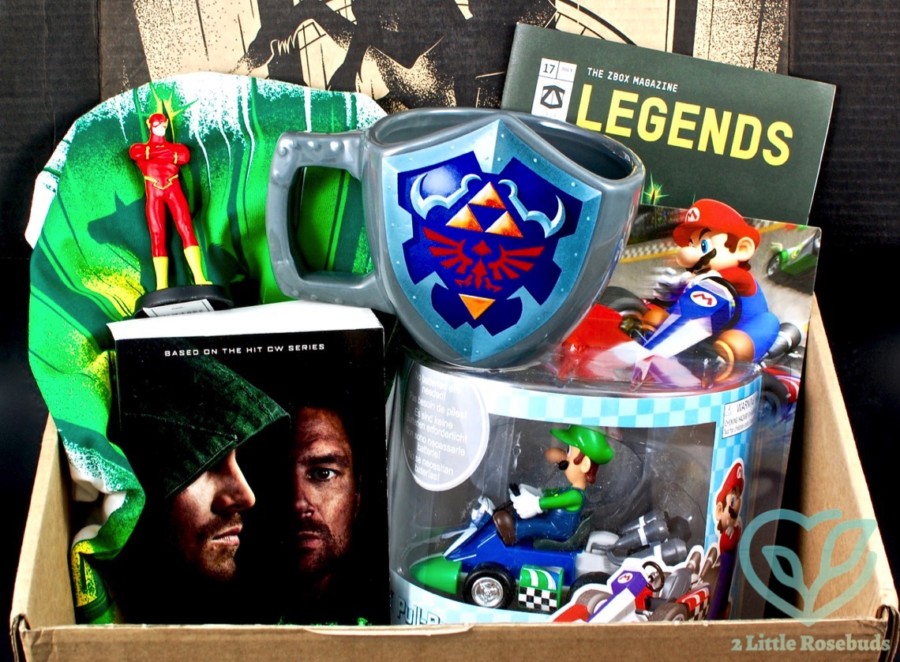 ZBOX is a UK-based subscription box that sends you a mystery collection of geeky goodies every month. Each box will feature a new theme — from zombies and the undead to retro games and pop culture — and contain over £35 (roughly $48) worth of exclusive and licensed merchandise. The interior of each month’s box will be designed specifically around the theme and include a little “Easter-egg” for you to seek out. 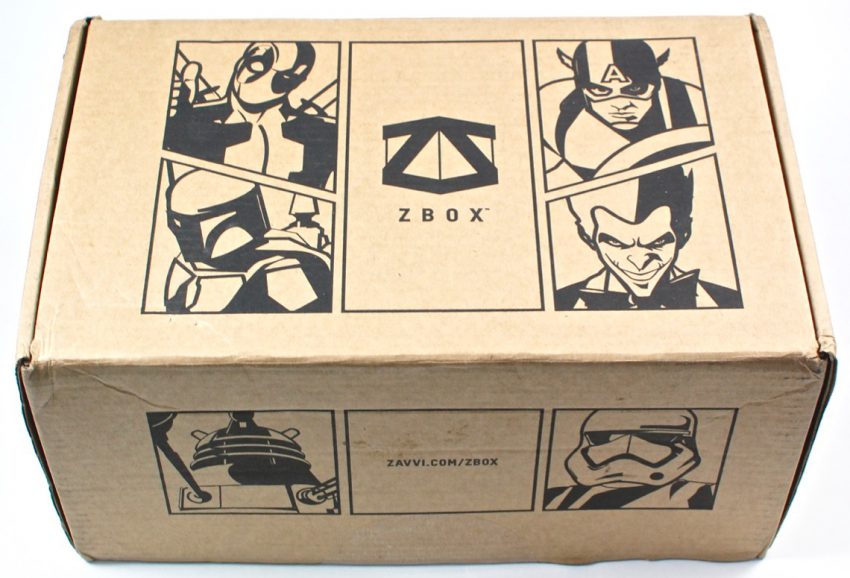 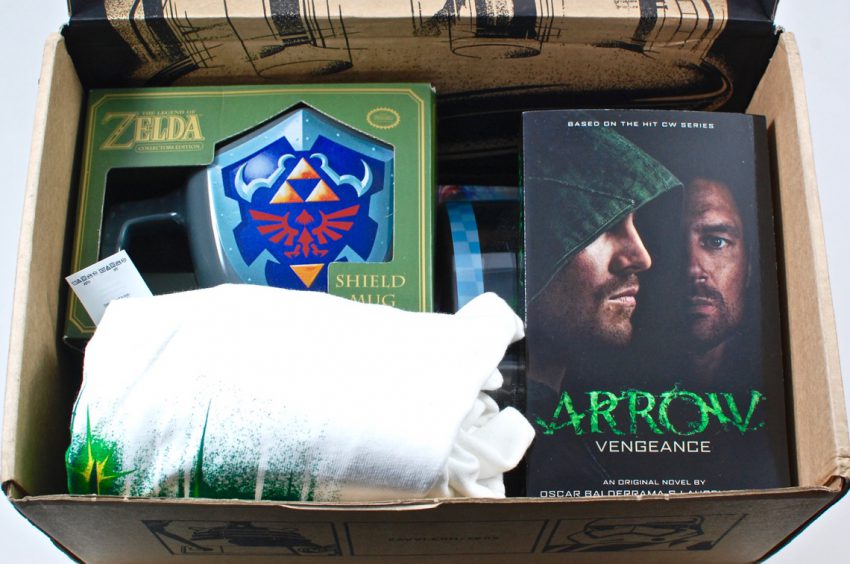 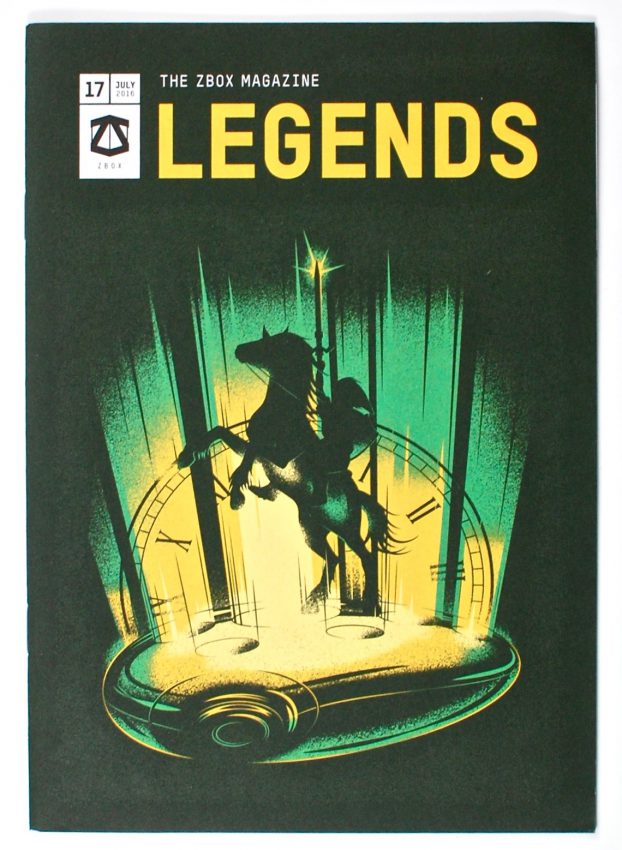 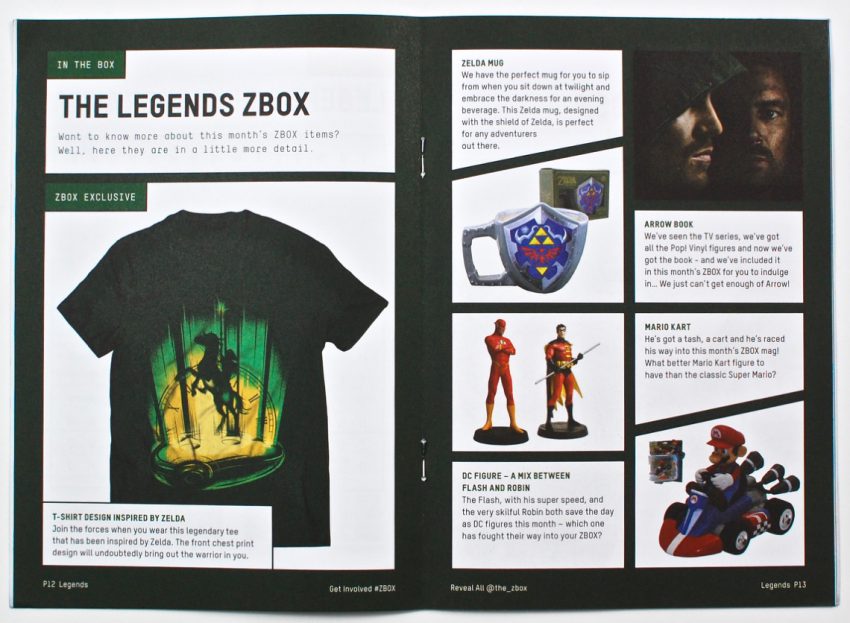 A ZBOX mini mag revealed July’s theme — “Legends” — and included a look at the Legend of Zelda through time, an interview with a facial animator, how to choose your dragon, and more. It also listed all of the items inside the box, along with brief descriptions and photos of each one. 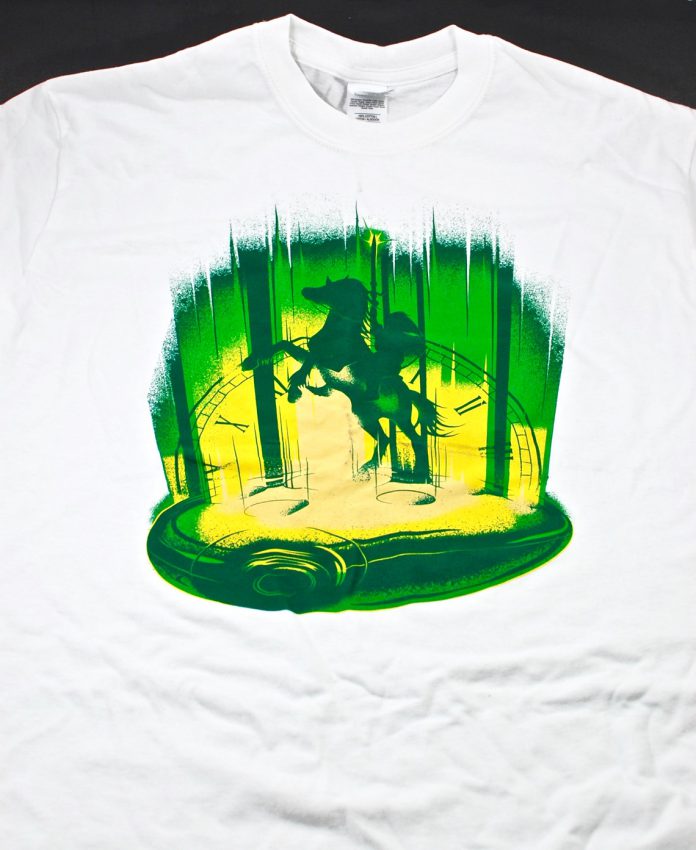 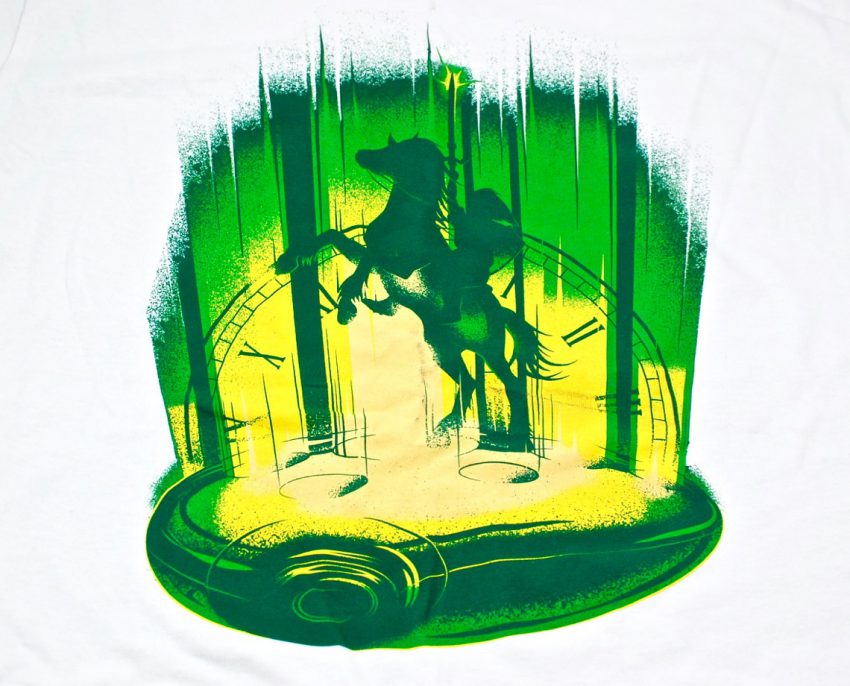 Zelda-Inspired T-Shirt – A ZBOX exclusive design featuring Link atop a horse with sword in hand. I’m guessing this is inspired by Ocarina of Time(?). The tee shown in the mini mag photo was black, so I’m not sure if everyone received white or if black was also an option. 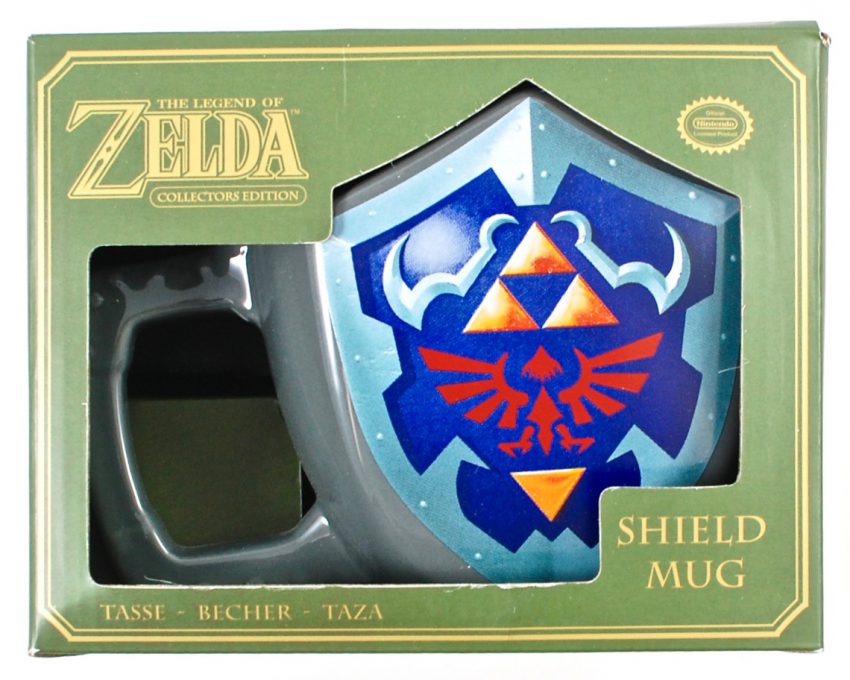 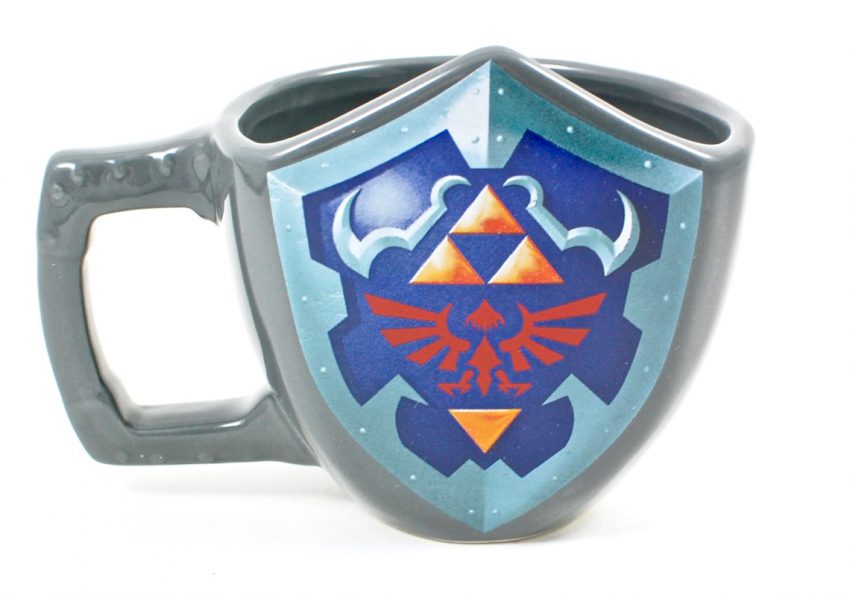 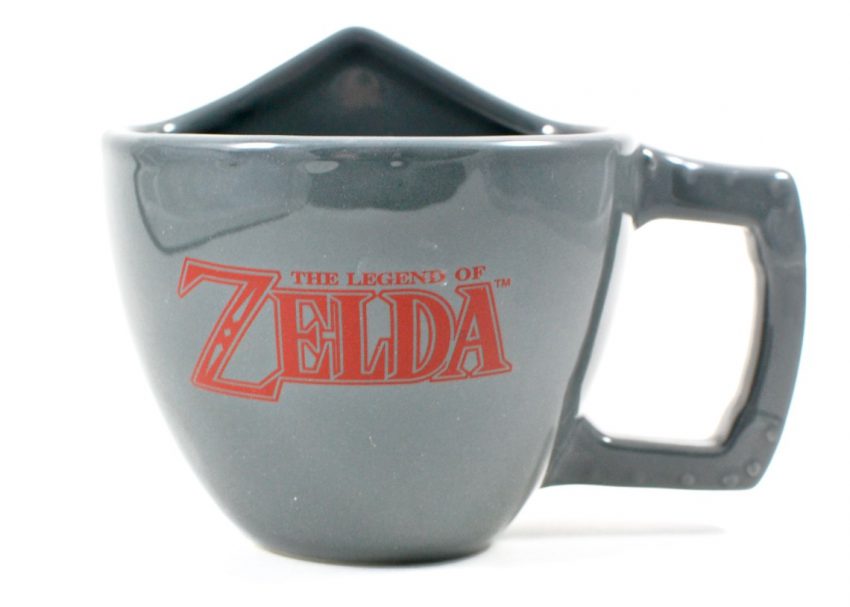 Zelda Shield Mug – This cool collector’s edition mug is designed to look like Link’s signature shield from the The Legend of Zelda series. It’s made of ceramic and holds up to 12 ounces of liquid… Of course, since it’s more of a collectible/display piece, it’s not microwave or dishwasher safe. 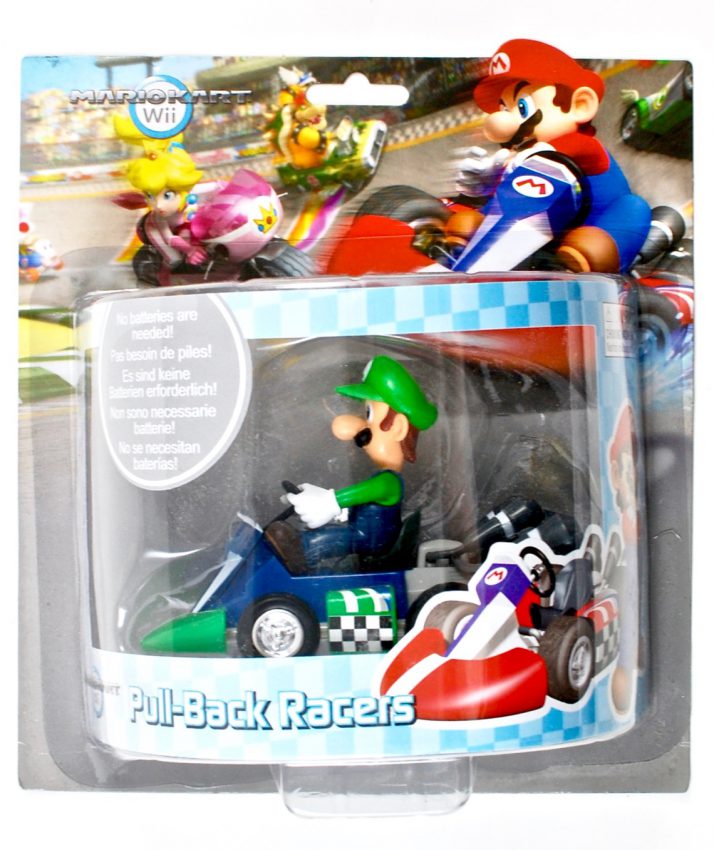 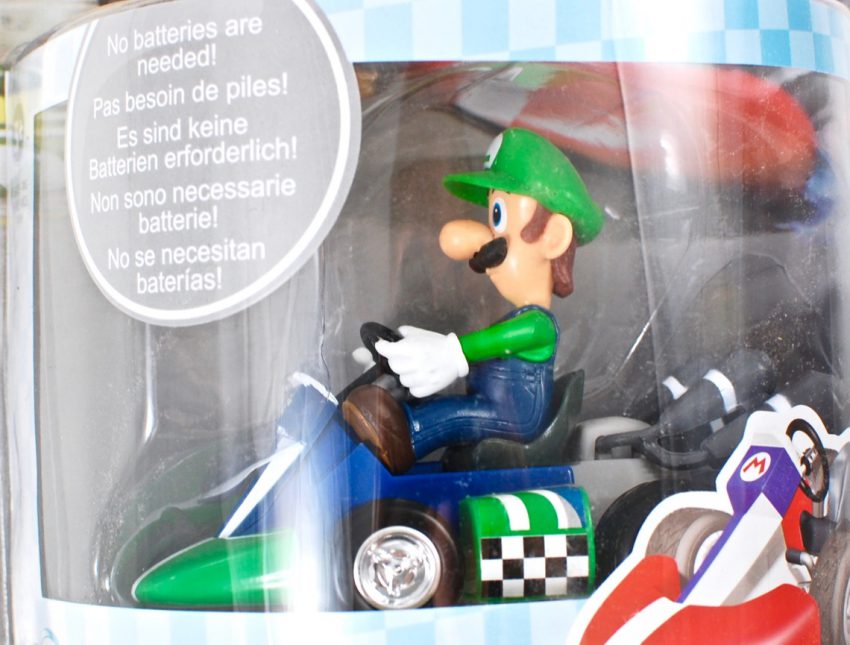 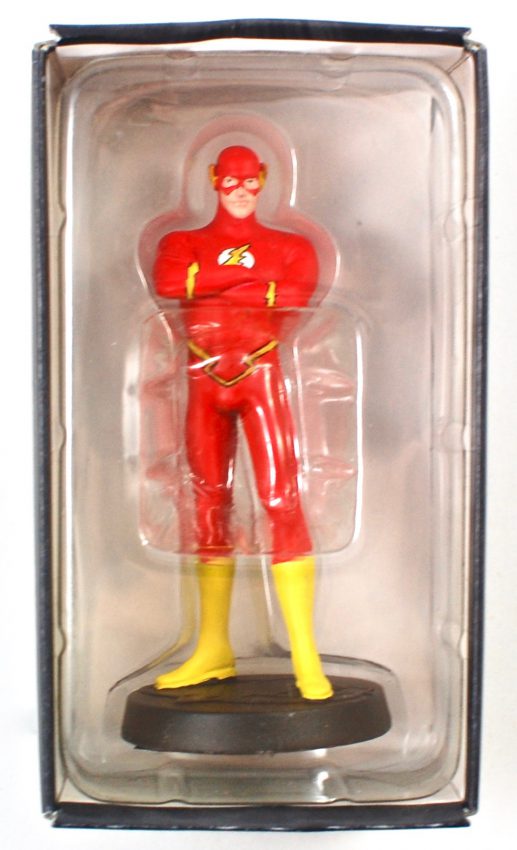 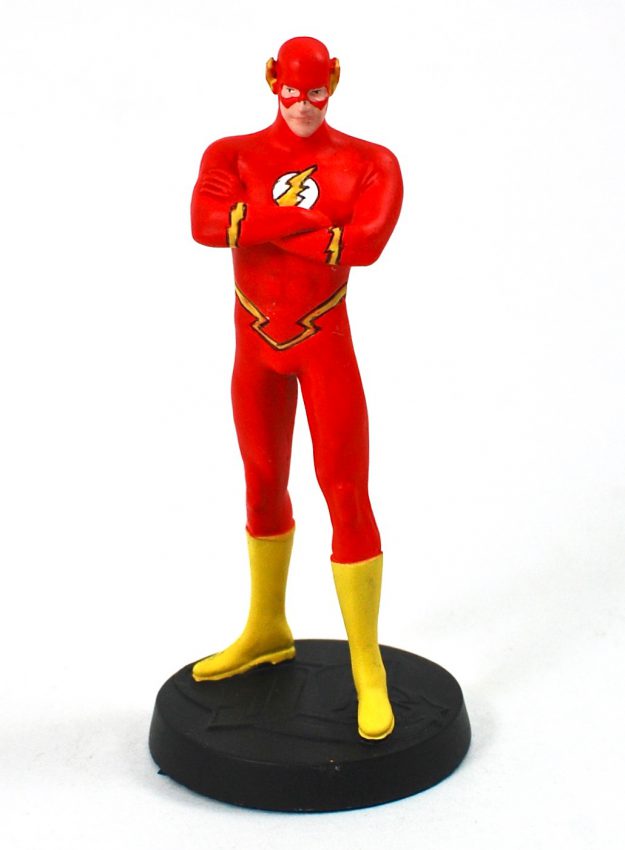 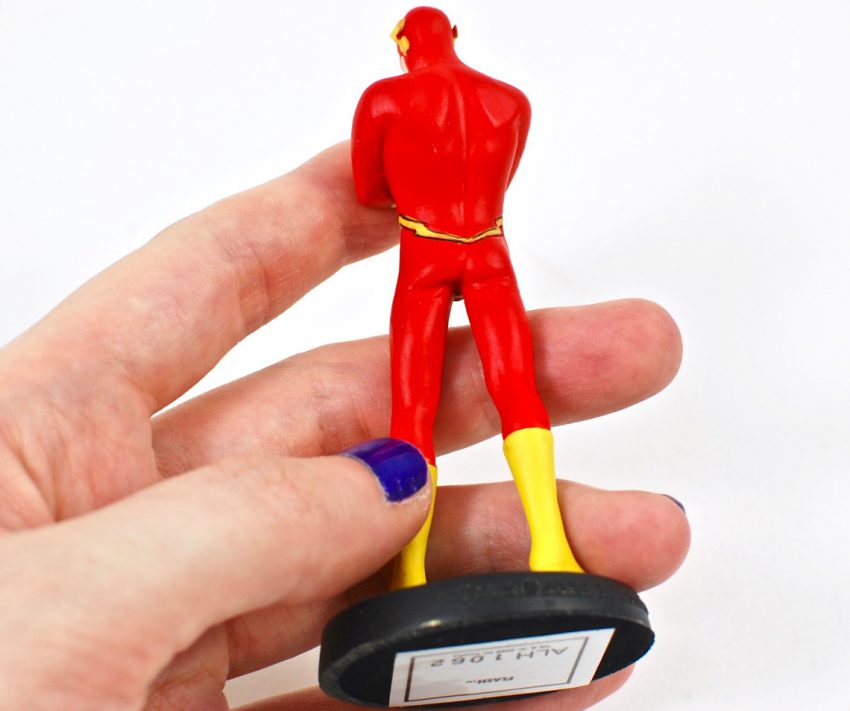 Eaglemoss DC Comics Super Hero Collection: The Flash Figurine – I received one of these Eaglemoss figurines in a different geek box not too long ago, which was good because — just like the other figurine — this didn’t come with an outer box. (It also should have come with a 16-page booklet, according to Amazon.) All of that aside, this is still a neat little figure that’s made of lead (I believe) and painted by hand. 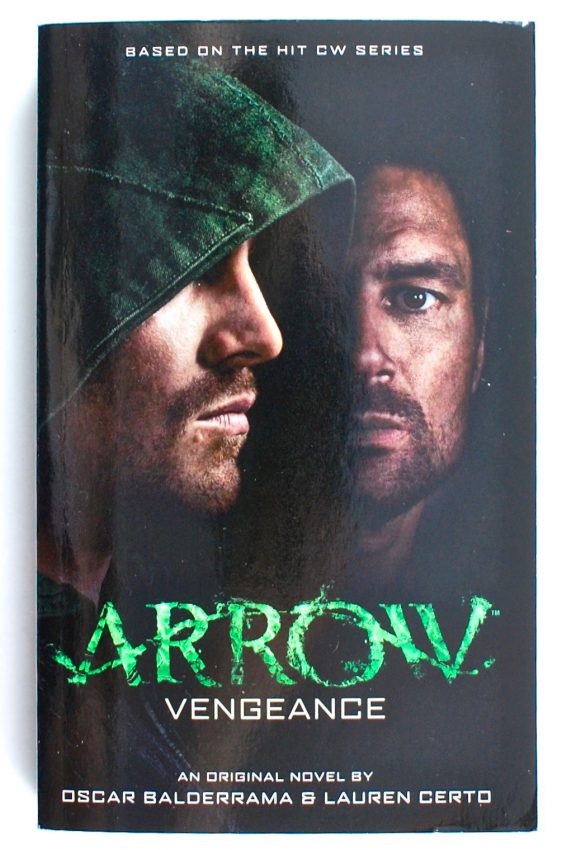 Arrow Vengeance – An original novel based on the events that take place in Season 2 of Arrow — Arrow Vengeance. I’ve never watched any episodes of Arrow, so… This shall be promptly going into my swap pile. 😉

More cool collectibles from ZBOX! I was happy to see Zelda featured and I sort of wish the entire box was Zelda themed. Though the Luigi car was kinda fun too. 🙂 Psst… Spoiler alert: The theme for August’s box is “Invasion”!

Another nice assortment of geeky goodies from ZBOX. I’m looking forward to seeing what’s in store for next month’s “Invasion” theme! 🙂